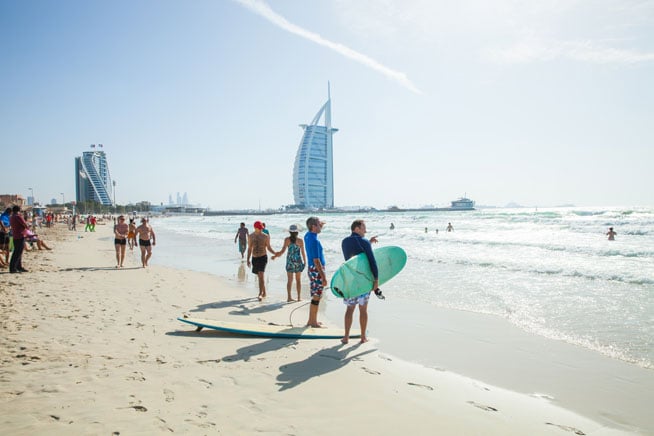 Dubai Police has urged for caution when swimming in the beaches in the city, even as the UAE’s National Centre of Meteorology has warned of unsettled weather in the country.

Taking to Twitter, police said: “For your safety, do not swim alone in places that have few people around.”

Dear beach goers,
For your safety, do not swim alone in places that have few people around.#DubaiPolice#YourSecurityOurHappiness#SmartSecureTogether

The warning came even as UAE residents enjoy a five-day holiday to mark Eid Al Adha.

It also follows another advisory issued by the police earlier this month to warn beach-goers that taking photos of others without their consent is a legal offence in Dubai.

Dear beach goers,
Kindly respect the privacy of others & note that filming or taking photos of others without their consent is punishable by law.#DubaiPolice#YourSecurityOurHappiness#SmartSecureTogether pic.twitter.com/LhRUnj8lfD

He urged motorists to and avoid serious irregularities such as excessive speed and reckless driving. He said Dubai police patrols have been stationed across the city.

Al Marri also called on parents not to lose sight of their children, and urged residents to adhere to home safety systems in order to avoid fire accidents.