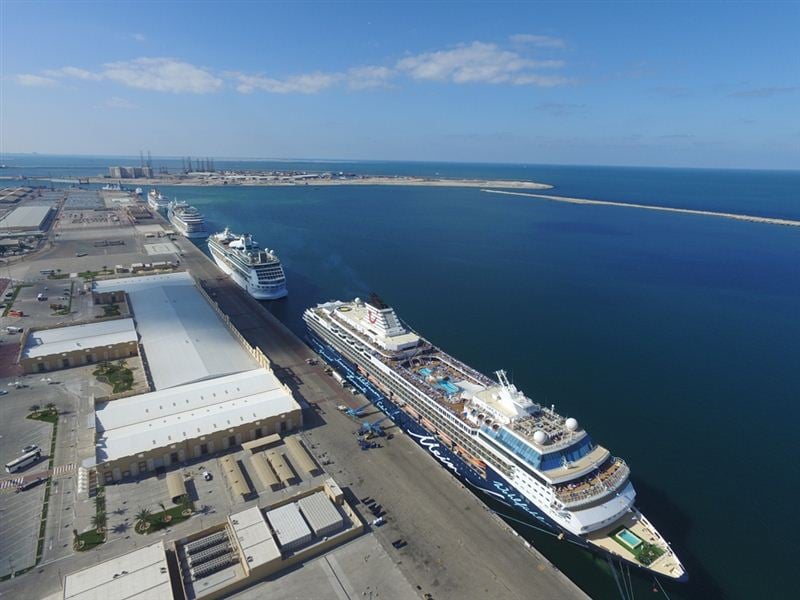 Dubai is set to increase its capacity to accommodate cruise ships in a response to an anticipated 16 per cent increase in traffic in the 2016-2017 season.

Dubai Media Office said 157 ships were expected during the current season from October 2016 to April 2017, up from 134 last season.

Rashid Port is forecast to receive 650,000 cruise tourists during the period, a 30 per cent increase on the same period last year.

Sultan Ahmed bin Sulayem, group chairman and chief executive officer of DP World, said the emirate would begin work on connecting terminals 2 and 3 with a 465m bridge and increase the number of quays next year.

“The current quays will be expanded and an additional terminal will be built for more capacity to accommodate the increasing number of cruise ships”, he said.

Currently Rashid Port can receive seven cruise ships simultaneously on its 1,900m quay with a capacity for 18,000 tourists across terminals 2 and 3.

Terminal 3 is described as one of the biggest of its type worldwide with a capacity for 14,000 passengers across 125,000 square metres.

Dubai is planning to attract one million cruise tourists by 2020 under plans to become a regional hub for cruise tourism.