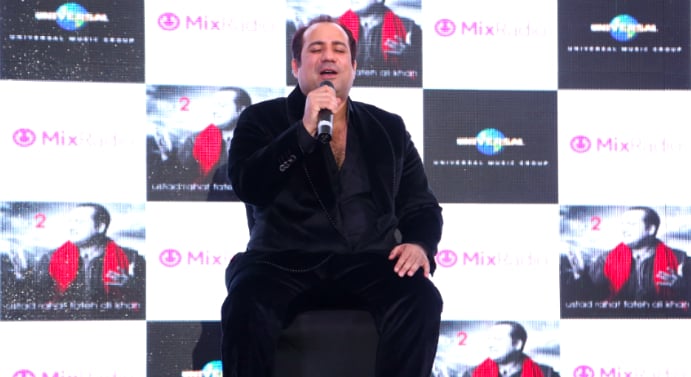 Dubai is the perfect venue for international artists to perform, according to popular Pakistani singer Ustad Rahat Fateh Ali Khan.

Speaking at the launch of his new album, ‘Back 2 Love’, in Dubai on Monday – in partnership with Nokia’s MixRadio, Khan said the city offered “a good environment for international singers.”

“Dubai is a lovely city – it represents what the UK was in 1980s,” he told Gulf Business. “The UK used to boast a mixed gathering with people from different cultural backgrounds, and all of this is right now in Dubai.

“Also it’s geographically very close to us – it takes around eight hours to get to the UK, but coming here is much quicker. Dubai’s a great place and I would like to come back here again and again,” he added.

Khan, a popular Bollywood singer who has previously released more than 50 albums, 30 TV series title tracks and 70 film songs, is a frequent visitor to the UAE and also performed to a sold-out show in Dubai last month.

“Dubai has a lovely audience. It’s among the few cities where I feel extremely comfortable with the audience,” he said.

The emirate has become a hotbed for international performers of late, with A-list singers from across the world including Canadian pop sensation Justin Bieber, Alicia Keys and Bruno Mars holding concerts in the city in the recent past.

Dubai is currently gearing up to host a performance by Lady Gaga in September, as part of her artRAVE: The ARTPOP Ball tour, while British boy band One Direction will visit Dubai in April 2015.