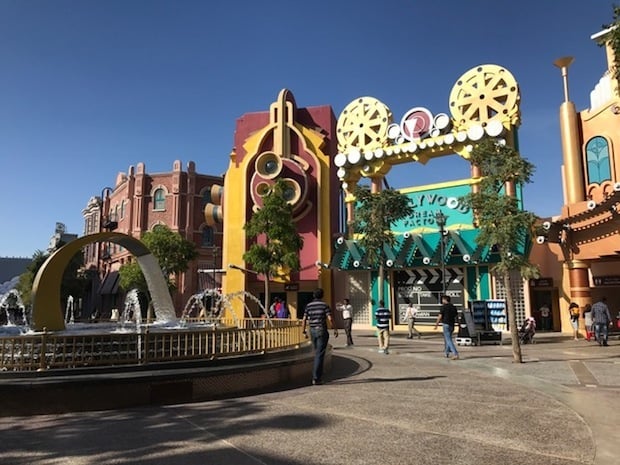 Theme park destination Dubai Parks and Resorts reported a 4.2 per cent drop in the number of visits in the first half of the year to 1.4 million, operator DXB Entertainments announced.

International visits accounted for 40 per cent of the total, a statement said.

Average occupancy at the Lapita Hotel stood at 63 per cent in H1 2019, up from 55 per cent in the same period last year.

Meanwhile the park recorded a 5 per cent year-on-year growth in the number of visits in the second quarter of the year to reach 641,000.

The park’s special offer for Filipino residents in the UAE to mark Philippines Independence Day from June 12-15 alone attracted over 92,000 visits, the statement said.

Dubai Parks also saw the opening of its second hotel, Rove at The Park, open on June 16. The 579-room hotel forms part of the company’s strategy to have more than 1,300 keys at the destination by the second half of 2020.

Mohamed Almulla, CEO and managing director, DXB Entertainments, said: “We increased international visitation to 40 per cent of the total visitor mix during the first half of the year, in line with our strategy to drive growth through targeting tourists.

“The ability for international visitors to stay at our destination as part of a bundled hotel package deal is becoming increasingly important.”

In April this year, DXB Entertainments also announced that Dubai Parks, which comprises Bollywood, Hollywood and Legoland theme parks, will not be going ahead with its planned Six Flags theme park.

The company said the project was not in its “best interests”.

It was put on hold earlier this year since the financing for the project was no longer available.

The available proceeds of the rights issue will be used to enhance the Motiongate and Bollywood Parks, it said.

Earlier this month, DXB Entertainments said that it will pay $7.5m to Six Flags as part of a settlement agreement with both sides agreeing there would be no further claims.