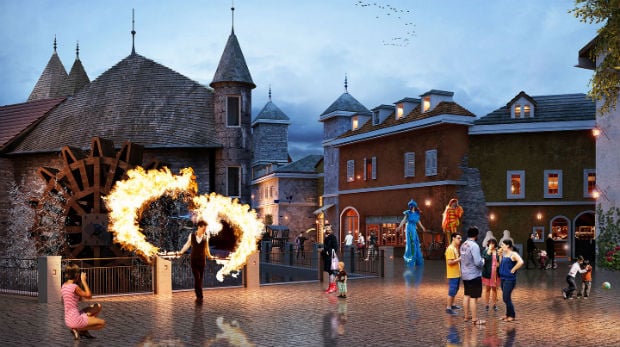 Dubai Parks and Resorts, developer of a mega theme park project in Dubai, has begun leasing retail and dining units in Riverland, the project’s entrance plaza.

About 220,000 square feet of retail and dining units have been made available at Riverland, which is also the connecting point between the three theme parks.

The plaza has been inspired by other global attractions such as New York’s Times Square, London’s Covent Garden and Barcelona’s Las Ramblas, all of which combines retail and dining outlets.

Riverland is expected to have over 50 dedicated outlets, the company said in a statement.

The entrance plaza will initially have a strip styled after a French village with live street performances and a landscape featuring towers, turrets and a working water wheel.

Guests will then be directed to a number of casual dining options set in 1950’s America, with entertainment from jugglers, stilt walkers and live musicians.

The entrance plaza will eventually lead to The Peninsula, a dining and retail strip in Riverland surrounded by a winding river. The venue will host a number of concerts and open festivals, the company said.

The company listed in Dubai last year, raising Dhs2.5 billion from the offering.

The theme park project, set to open in October 2016, is aiming to net Dhs 2.4bn in revenues and 6.7 million ticketed visits in its first full year of operation.