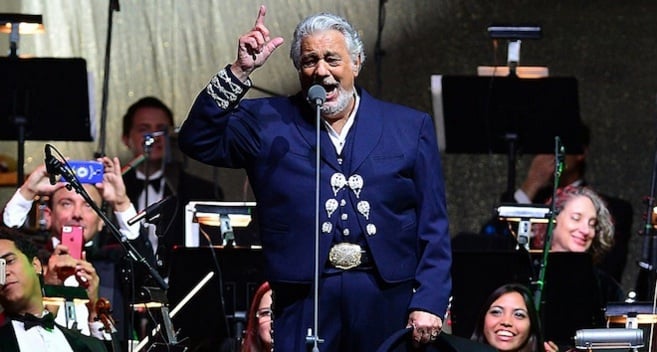 The highly-anticipated Dubai Opera will officially open its doors on August 31 with legendary Spanish musician Plácido Domingo playing to its first audience.

Described as the ‘King of Opera,’ Domingo has over 4,000 performances under his belt.

Dubai Opera has also revealed the entire line-up for the year with 49 diverse programmes including opera, ballet, classical and family entertainment shows planned.

“Unlike 100-year-old buildings we can change the stage to suit our needs, moving it seamlessly from an opera space to an ice rink,” chief executive of Dubai Opera Jasper Hope told What’s On.

“That means the variety of performances you’ll see at Dubai Opera will be unlike anywhere else. We’re going to be able to showcase every genre and every style because we can.

“There are so many nationalities and cultures here in Dubai and that must reflect in the cultural diversity of our programming.”

Overlooking the Burj Khalifa and the Dubai Fountain, the multi-format performing arts theatre will have the capacity to seat up to 2,000 people for a theatrical production and up to 1,000 for a gala dinner.

But can Dubai sustain a 2,000 capacity theatre?

“Having created this extraordinary venue we absolutely will use it,” Hope said. “It’s not going to stand there like a white elephant.”

Plácido Domingo’s performance will be followed a three-act opera by the French composer Georges Bizet, The Pearl Fishers, which will serve as an ode to the heritage of Dubai.

Music lovers can enjoy the Mozart Gala and Postcards from Venice performed by the Vienna Concert Verein Orchestra and Italian violinist Fabio Biondi and Europa Galante.

Other singers who will perform this year include José Carreras, Emirati Hussain Al Jassmi and Grammy-award nominee Anoushka Shankar.

The line-up also includes the ‘most dangerous show’ the city has ever seen – Impossible, The Nutcracker on Ice, Slava’s Snowshow and a performance from Spanish Flamenco superstar Sara Baras.

Tickets go on sale from April 24.