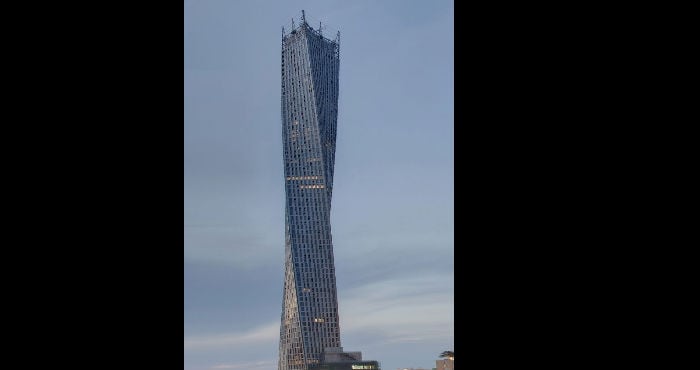 The company confirmed that it has received the Dubai Municipality’s certificate of completion to launch the 310 metre tall tower.

The tower was designed by Skidmore Owings and Merrill, the firm behind projects such as the Burj Khalifa, Trump Tower in Chicago and Jin Mao in Shanghai. Work on the project, constructed by Dubai’s Arabtec, began in 2006.

The 75-storey building has a 90 degree spiraling curve from top to bottom, and includes residential apartments, conference rooms, a tennis court, pools, a gymnasium, nursery, spa and retail outlets at the ground level.

“The building has been built according to the highest international standards for towers,” stated Ahmed M. Al Hatti, president and chairman of the Cayan Group. He also confirmed to reporters that 80 per cent of the apartments have been sold.

Also read: From The 97th Floor Of The World’s Tallest Tower