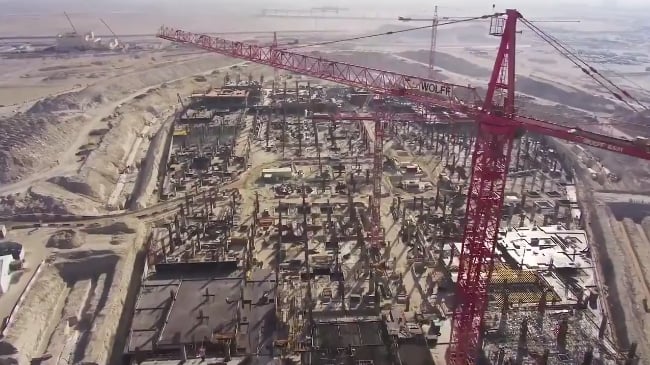 A number of new roads have opened in Dubai ahead of Expo 2020, as construction for the event continues.

Dubai’s Roads and Transport Authority (RTA) announced on August 31 that phases three and four of its road projects for Expo 2020 had been opened. The two phases combined cost an estimated Dhs1.3bn, and include about 22 kilometres in total of new bridges and roads.

As construction continues, more than half of Expo 2020’s Emirati staff are women, new statistics reveal.

Of the UAE nationals employed at Expo 2020, 60 per cent are Emirati women, according to a report carried by Emirates News Agency (WAM) marking Emirati Women’s Day (August 28).

Read: Women make up more than half of Expo 2020’s Emirati employees

WAM spoke with a number of Emirati women about their work at Expo 2020. One of those was Maryam Al Safran, director of Expo 2020’s schools programme. She said: “As an Emirati woman, I am fortunate to be part of this national project.”

Other Emirati women in senior roles at Expo 2020 include Reem bint Ibrahim Al Hashemy, minister of State for International Cooperation and director-general of the Expo 2020 Office.

Celebrating the inspirational women of the #UAE, as they continue to push boundaries and create the future. #EmiratiWomensDay #Expo2020 #Dubai pic.twitter.com/NhGD38wCdp

450 days remaining for Expo 2020 Dubai, with 190 countries leading the world towards a better future through their pavilions for the first time in the MEASA. We are ready and remain true to our promise of hosting the best Expo edition yet in its 168-year history. pic.twitter.com/XPG18h9U5M

The six-month long event, which opens its doors on October 20, 2020, features pavilions representing 195 countries. Scheduled to run until April 21, 2021, more than 25 million visits are expected.