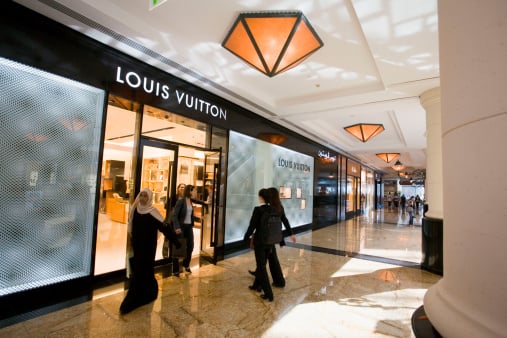 Dubai has been named the second most important international shopping destination globally for the fourth consecutive year, according to a report by real estate consultancy CBRE.

About 55.7 per cent of retailers in Dubai are international brands while the city attracted 45 new global brands last year alone, CBRE’s 2015 edition of How Global is the Business of Retail report found.

Some of the new brands that entered Dubai last year include Hollister, Cavalli Caffe and McQ Alexander McQueen.

“Dubai’s global air connectivity and its growing stature as a hub for trade between the East and West has clearly given an added impetus to the retail sector,” said Nick Maclean, managing director, CBRE Middle East.

“Dubai continues to remain the clear destination of choice for the majority of the brands looking to enter the region for the first time, frequently using the emirate as a stepping stone to wider regional expansion programmes.”

The report also noted the growing interest of retailers to set up in Abu Dhabi, which is seeing a growth in the supply of malls.

Abu Dhabi featured prominently on the list of target cities with 55 new brands, ranking the emirate in third place for new retail entrants during 2014, the report said.

“Whilst Dubai has maintained its position for overall retail representation in 2014, the increased number of new retailer brands entering Abu Dhabi has been driven in part by a significant increase in supply in the capital amidst the opening of a number of new malls, most notably Yas Mall which opened in November 2014,” said Maclean.

A rise in disposable income and a growing population have driven up retail sales in the UAE, making it lucrative for many international retailers.

The UAE’s retail sector is estimated to grow around 32.9 per cent from Dhs114 billion in 2012 to reach Dhs151 billion by 2015, a report from Dubai FDI revealed last year.

Globally, the CBRE report found that London retained its position as the top shopping destination for international retailers, while Shanghai, New York and Singapore were the other three destinations in the top five list.