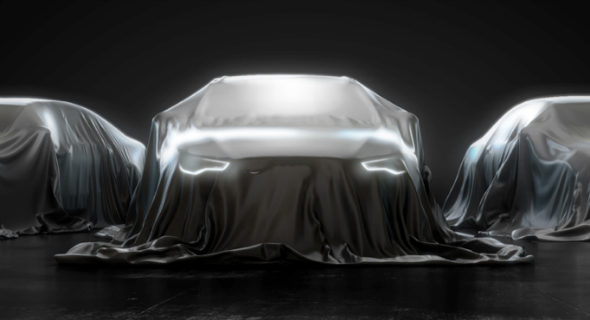 The Dubai International Motor Show opens today with car manufacturers from across the world using the region’s biggest motoring event to unveil their latest models, including several show stopping supercars.

Held at the Dubai World Trade Centre, the five-day event will host 108 global and regional launches including 15 concept cars by some of the industry’s best-known brands.

Spread over 65,000m2 of exhibition space with more than 600 vehicles on show, the event is expected to draw an attendance of over 100,000 visitors.

“The recognition of the Dubai International Motor Show as a truly international event has never been more evident, with an exceptional number of manufacturers choosing Dubai as the global stage for the unveiling of their new marques and models,” said Trixie LohMirmand, senior vice president, Dubai World Trade Centre.

“This highlights the importance of the MENA region as well as the show’s success at reaching the key customer audiences being targeted.”

Expected to draw the majority of visitors will be the number of supercars and high-performance vehicles on show during the week.

Making its debut at the motor show will be Spanish supercar manufacturer Spania GTA, with the company choosing Dubai for its regional unveil of the GTA Spano.

The rare car – only 99 models have been made – is sure to draw large crowds with its carbon fibre, titanium and Kevlar chassis. Its 900 horsepower V10 engine produces 1,000Nm of torque with acceleration of 0-100 km/h in 2.9 seconds, and a max speed of over 350 km/h – according to the company’s figures.

In its 50th year, popular supercar brand McLaren will be using the event to showcase the P1 – its next generation hyper car.

The new breed of supercar has been tested across the globe from the Arctic Circle to north America’s west coast. With 903 horsepower, it accelerates from 0-100 km/h in just 2.8 seconds.

To be unveiled by its chief test driver, Chris Goodwin, the P1 will sit alongside the 12C and 12C Spider models for the first time in the region, with first regional deliveries of the P1 expected before the end of the year.

American company Hennessey will be showcasing its range of supercars including the Venom GT – the Guinness World Record holder for production car acceleration. The GT, with 1,244 horsepower, accelerates from 0-300 km/h in 13.6 seconds.

“The supercar segment has always been a hugely popular part of the show and this year we have a number of exciting regional premieres and launches from the world’s leading marques,” said LohMirmand.

“Confirming the recession-proof appeal of elite cars to the region’s wealthy consumers, Dubai International Motor Show 2013 will give visitors the opportunity to witness the sights, sounds and power of some of the most spectacular supercars currently in production.”

For the first time the show will also host an auction for Dubai’s ‘distinctive number plates’.