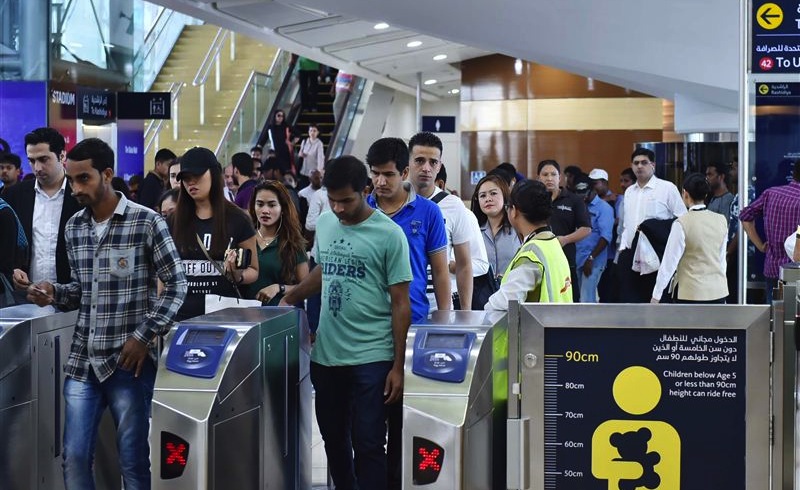 The apparent technical issue on the metro’s Red Line saw train’s grind to a halt between the Rashidiya and UAE Exchange at around 8:10am, according to social media users.

Commuters reported trains stopping abruptly between stations for several minutes to half an hour.

They were then forced to alight before their intended stop, leaving to large crowds at stations including Burjuman, Noor Bank and First Abu Dhabi Bank

Dubai’s Roads and Transport Authority said services were restored “within minutes”, according to Gulf News.

The delays were the second seen in just over a month. On November 6 passengers were forced to wait in long queues at metro stations from around 7am before services were restored at 12pm.