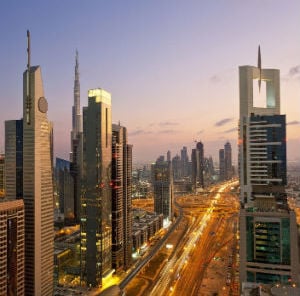 Dubai, seeking to attract more investment, may let citizens from five other Gulf Arab countries establish businesses along with foreign partners but without having to include domestic investors, the government said.

The Department of Economic Development has formed a committee to study applications from nationals of the Gulf Cooperation Council and will evaluate them based on how valuable the projects are to Dubai’s economy, the department said in a statement seen on Sunday.

Currently foreign investors in Dubai and the larger UAE can hold only minority stakes in companies and must have a local partner, except for so-called “free zones” where 100 per cent foreign ownership is allowed.

Relaxing this restriction could be an important economic reform for Dubai, giving foreign investors more flexibility to find partners from the GCC’s six nations instead of having to choose from a small pool of qualified UAE citizens.

Dubai, recovering from a 2008-2010 corporate debt crisis and property market collapse, is eager to lure more foreign capital. In one initiative announced early this month, the emirate said it would revise regulations to become a regional centre for Islamic finance and other Islamic businesses.

Government officials could not be reached on Sunday to comment on the statement, and it was not clear how actively the new policy would be applied, or whether it might conflict with the UAE’s national regulations.

The UAE’s central government has for years been working on legislation that would in some cases let the cabinet approve 100 per cent foreign ownership in firms outside free zones.

But Economy Minister Sultan bin Saeed al-Mansouri told Reuters this month that the draft law still needed to be debated by the Federal National Council, an advisory panel, and the cabinet.

Foreign direct investment projects totalling $4.5 billion in capital spending were announced in Dubai during the first half of last year, up seven per cent from a year earlier, according to official data.