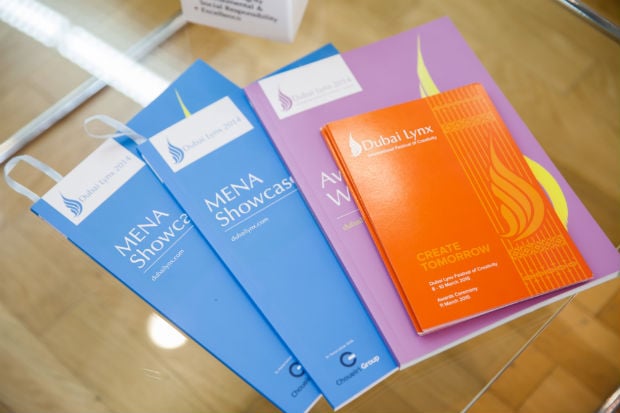 Dubai Lynx, an annual competition held to honour the creative talent in the MENA’s advertising industry, has revealed the line up of jury presidents for the year 2015.

“These are the people who will lead discussions and debate on creativity in the MENA region and ultimately, together with their juries, award stand-out, innovative work,” said Terry Savage, chairman of Lions Festivals, a partner of Dubai Lynx.

“We’re pleased to have such a strong team on hand who are more than qualified to take on this responsibility.”

The annual contest, for the first time, will award the Grand Prix for Good to projects that are ineligible to win a grand prix in other sections because they are made for charitable organisations or have public service messages.

All such entries will be considered by the integrated jury, who will then decide on a winner.

Dubai Lynx will continue to conduct its student competitions such as the Masar Student Creative Award for Print and Integrated Award this year, organisers said. The awards will be expanded this year to include a new category University of the Year for institutions that support and mentor students throughout the year.

The inaugural University of the Year competition will incorporate the results from both the Masar Student Creative Award for Print and the Integrated Student Award.

Students with shortlisted and winning entries from both competitions will be awarded points for their universities. The school that accumulates the most points will be honoured as the most creative university in the MENA region.

“Through the student creative awards young hopefuls can present their skills and gain an invaluable experience to network with top creatives at the festival.”

A total of 207 awards were presented at the eighth annual Dubai Lynx Awards 2014, with Memac Ogilvy Dubai bagging the agency of the year title.

Dubai Lynx 2015 will be held from March 8 to 10 while the awards ceremony will be held on March 11. The Dubai Lynx awards are organised by Cannes Lions and Motivate.