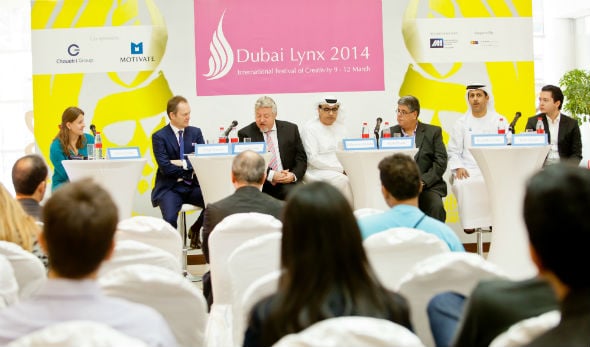 Dubai Lynx has announced its jury presidents for the International Festival of Creativity 2014 as well as an additional award for the region’s young talent.

“I’m delighted to have been selected to chair the media jury of such prestigious and important awards, and look forward to working with the jury in 2014 to identify the best media work across the region,” Brown said.

Making the announcement in Dubai Media City on Thursday, Philip Thomas, CEO of Lions Festivals – of whom Dubai Lynx is a partner – talked about the importance of the festival.

“The idea of Lions and of Lynx is to honour the greatest creativity in the world. It’s to get this region on the world stage,” Thomas said.

“We’re looking forward to them [the presidents] coming together to find the best creative talent in the region.”

Thomas revealed that the theme for next year’s event is one of storytelling.

“It’s time to remind the world that the MENA region is where the human tradition of storytelling began,” he said.

“Dubai Lynx 2014 will see storytelling coming home to the region that invented it.”

Next year’s event will also have a strong focus on youth with an additional student award.

“We’re delighted to be able to include these two new awards as part of our investment in the talent of the future. It’s an invaluable and exciting opportunity for any student looking to break into the creative communications industry, putting their skills and talent in front of industry experts,” said Emma Lancaster Farmer, festival director of Dubai Lynx.