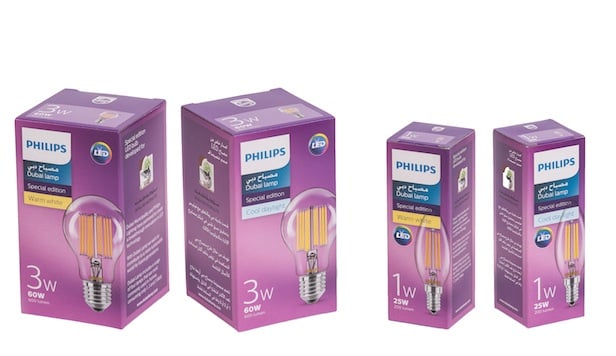 Dubai Municipality (DM) has made the use of Philips-made LED lightbulb the ‘Dubai Lamp’ mandatory for all new developments from later this year.

The authority issued the instructions in a memo to all consultancies, contractors and developers operating in the emirate.

The light is described as the first ‘commercially viable 200 lumen per Watt LED lamp’. It is also claimed to cut electricity use by 95 per cent and to last an average of 25,000 hours longer than a conventional lamp.

Layali Al Mulla, director of DM’s buildings department said that all consultancies have to develop a proper mechanism relevant to the nature of their projects, including those under construction, to commit to using the Dubai Lamp.

The decision comes into effect in December 2017, when the municipality will begin verifying the use of the LED light across all buildings and only grant a building completion certificate if this is confirmed.

“In case other lamps similar to the Dubai Lamp have already been purchased or contracted upon ahead of issuing this memo, the contractor concerned shall have to submit the relevant purchase invoices upon applying for the building completion certificate,” she said.

In the build-up to the deadline the authority plans to run workshops to spread awareness of the lamp, which is available in four models.

Manufacturing and distribution of the lamp began in March.

The municipality eventually plans to make use of the lightbulb mandatory for older buildings, with the goal of replacing 80 per cent of traditional lamps used in Dubai.