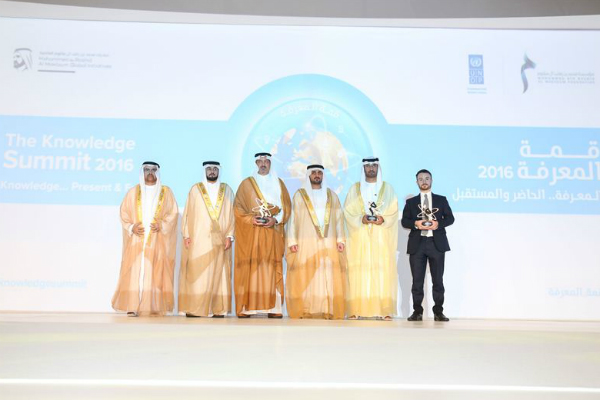 The Mohammed Bin Rashid Al Maktom Foundation’s (MBRF) Knowledge Summit opened yesterday with the announcement of the winners of the $1m Knowledge Prize and the results of the Arab Reading Index.

The third edition of the summit was inaugurated by Deputy Ruler of Dubai His Highness Sheikh Maktoum bin Mohammed bin Rashid Al Maktoum under the theme ‘knowledge: present and future’.

During a keynote speech, Jamal bin Huwaireb, managing director of MBRF, said the summit was a knowledge platform bringing together experts from all over the world.

He also highlighted the UAE’s latest initiatives that encouraged reading in Arab homes including the declaration of 2016 as the Year of Reading, the Arab Reading Challenge, and the launch of the National Reading Strategy 2026 among others, according to Dubai Media Office.

At the event, Sheikh Maktoum honoured the Bill & Melinda Gates Foundation; Arab Thought Foundation; and Masdar as the joint winners of the Sheikh Mohammed Bin Rashid Al Maktoum Knowledge Award for individuals or institutions that have made major contributions to the dissemination and transfer of knowledge globally.

Attendees also listened to a video speech from United Nations (UN) secretary general Ban Ki-Moon, who said knowledge was a key requirement in preparing for the future. 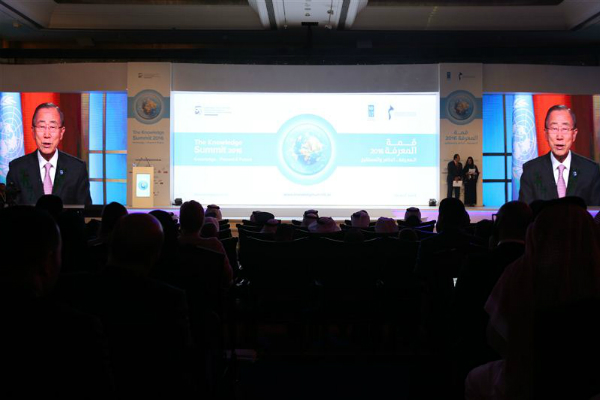 The opening session saw the results of the Arab Reading Index – a joint initiative of MBRF and the UN Development Programme (UNDP) – announced.

The poll, which aims to measure the progress of reading in the region, attracted 148,000 respondents from across the Arab world after initially being expected to only draw 20,000, Turki Aldakhil, general manager of Al Arabiya News Channel, announced.

He said the study disproved myths that Arabs only read a quarter of a page a year on average.

“The study gives us insight into the realities of reading in the Arab world, revealing exactly how much the average Arab citizen reads, what they read, and in which languages, among other parameters. The index also showed that, contrary to popular belief, Arabs, on average, read 35 hours a year – 15 hours within school or work hours and 20 outside of them. Meanwhile, the average number of books read is 16 per year – including seven within school or work hours and nine outside of them.”

He said e-reading had surpassed traditional reading in the region with social media increasingly popular as well as news, websites, e-books and blogs.