Dubai Is Most Expensive City In ME - Gulf Business 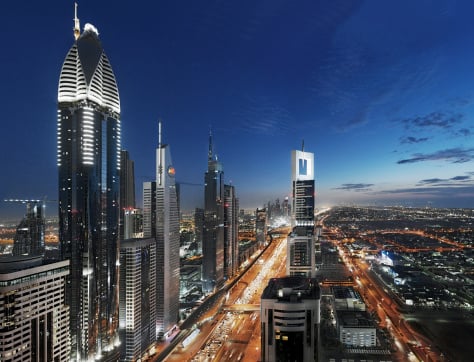 Dubai is the most expensive city in the Middle East and the 22nd priciest city in the world, according to the latest cost of living study by UBS.

Oslo, Tokyo and Zurich ranked as the most expensive among 72 cities around the globe, according to the prices for a standardised basket of 122 goods and services. The cost of living was found to be the lowest in the Indian cities of Delhi and Mumbai.

When rents are added to the mix, New York, Hong Kong and Dubai jumped up in the list, the study added.

New York, Dubai and Zurich have the highest average rental prices, where monthly rents are a good 60–100 per cent above the regional average, said UBS.

Dubai also ranked as the second-most expensive shopping destination for purchasing clothing after Tokyo, with complete outfits for men and women costing a combined total of $2,720.

While New York and Tokyo are the most expensive places to spend the night in luxury, guests in Dubai pay only slightly less at $680 per night compared to the global average of $360.

The emirate, along with Geneva and Oslo, was also found to be the priciest for good food, with a three-course meal in a good restaurant costing over $95.

In terms of the level of wages received, Dubai came 33rd on the list. Employees in the city receive a net hourly pay of roughly $16.2 per hour, lower than $25.20 per hour in New York, but drastically higher than $2.10 in Delhi.

Dubai was also positioned 27th in terms of individual purchasing power (net hourly wages divided by the cost of the entire basket of commodities excluding rent).