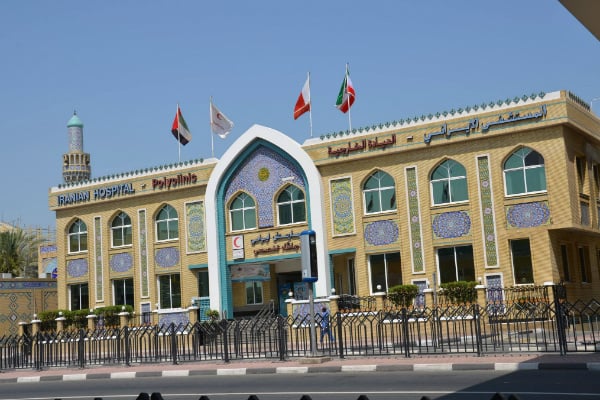 Dubai Health Authority has ordered all insurance companies operating in the emirate to immediately suspend their relations with Iranian Hospital.

The announcement comes following the resumption of United States sanctions against Iran, traditionally a major trading partner with Dubai, earlier this month.

Insurance brokers confirmed that treatment at Iranian Hospital, which also operates a polyclinic, would no longer be included on all network tiers.

The suspension applies to both direct billing and reimbursement at the facility, located on Al Wasl Road in Jumeirah, which is believed to be the oldest known provider of healthcare services in Dubai.

Prior to the move, the hospital was part of the government’s Dubai Health Experience programme to lure health tourists.

The UAE’s Ministry of Economy told Reuters on Monday that the country was fully complying with US sanctions on Iran.

Undersecretary for foreign trade and industry Abdullah al-Saleh said the UAE’s trade with Iran is expected to decline this year and next year due to the sanctions.

Read: UAE fully complying with US sanctions on Iran – official

In interviews with the owners of Persian shops and restaurants published on Monday, Reuters said most traders indicated banks in Dubai had become more reluctant to work with Iranians due to fear of sanctions.

The newswire reported landlords at the Iranian Murshid Bazaar in the city were offering to waive two months of rent for prospective tenants, while banks were no longer opening accounts for Iranian citizens unless they obtained the co-signature of a UAE national.