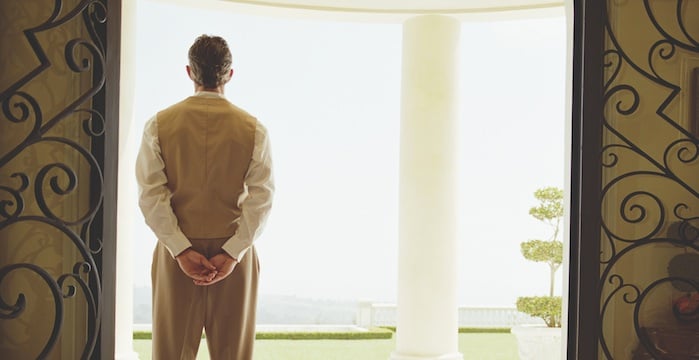 Walking through the stands at this year’s Arabian Travel Market, the crowds felt slightly thinner. A fellow journalist agreed but most hotel operators we spoke to suggested the event was as busy as ever.

Dubai’s tourism industry has, indeed, never been under more focus. The emirate’s bold plan to attract 20 million visitors annually by 2020 is less than five years away and every segment within the industry is gearing up and preparing for what is to come.

In contrast, the latter half of 2014 and the start of 2015 was not a good time for the hospitality industry. The drop in oil prices accompanied by currency fluctuations and political crises have all been bumps on the road.

All these factors led occupancy in Dubai’s hotels to drop 1.8 per cent last year, although the rate stood at 78.5 per cent on average, according to a recent report by PwC.

The sudden and dramatic fall in oil prices significantly impacted the number of visitors, especially high spending Russians, the consultancy said. The 25 per cent devaluation of the euro against the dollar also led to a drop in visitors from Europe, who suddenly found the UAE a much more expensive destination to visit.

Regional hotel operator Rotana, which has a strong presence in Dubai with 15 properties, admits that the impact of these factors has been felt. “RevPar (revenue per available room) has been lagging in the last 10 months, although minimally, and it does not look like 2015 will meet the budget for us,” says Omer Kaddouri, president and CEO of Rotana.

For French operator Accor, the biggest chunk of its hotels in the Middle East – 17 – are located in Dubai. In the first quarter of this year, returns were 8 to 10 per cent below budget. At the end of March, average RevPar was 5 per cent lower than last year.

“What we are seeing is that the situation seems to be worsening. With Ramadan in June, followed by the summer months of July and August, it is going to be quite hard. Certainly we don’t anticipate any growth again before the third quarter or fourth quarter,” says Christophe Landais, MD of Accor Middle East.

Global operator Hilton, which also runs several luxury hotels in Dubai, has seen some shortfalls due to the currency deflations of the rouble and the euro. As Rudi Jagersbacher, president Hilton MEA, points out, one of the most important things hoteliers rely on is the transit business.

“If the big carriers bring in more tourists, then we have a more buoyant year. If there is an issue, we have a direct reflection. However a lot of business is also dependent on intra-GCC activity so a lot of shortfalls that we saw were compensated that way.”

The Middle East has been riddled with political conflict for several years but the situation has partly worked to the benefit of the UAE’s tourism industry because of the country’s safe haven status.

Now, given the close proximity of the civil war in Yemen and the involvement of Saudi Arabia and the UAE in the conflict, many wonder whether Dubai’s perception of safety and security is taking a hit.

Hotel operators, at least, deny any impact from the conflict on tourists’ perception of the emirate.

“I don’t see any reason for any impact of the Yemeni conflict,” states Tareq Daoud, regional VP, Sales at Hyatt MEA. “The problem has not even caused any concern for travel to Saudi Arabia and Dubai is much farther.”

While others point to incidents in other parts of the world, like the Charlie Hebdo terrorist attack in Paris earlier this year, as proof that other regions are equally at risk.

“The world is like that, there could be disasters – it could be man-made or a natural calamity. But business travellers and tourists are quite resilient,” says Pascal Gauvin, COO, AMEA for IHG.

“We are present in 100 countries and there is something happening in all parts of the world. Our focus is to continue to grow our business and the brand. And I am extremely confident about this region.”

The big issue now is whether the significant decline in visitor numbers during the last quarter will reverse, and if so, how quickly, states Philip Shepherd, partner – PwC Middle East Hospitality and Leisure leader. “This is especially important given the enormous supply set to come on-stream in the next couple of years.”

Dubai recently opened 3,000 new rooms, adding to the existing 73,000. Another 15,000 are currently under construction. In February, the emirate’s supply versus demand ratio stood at 6.1 per cent to 4.1 per cent respectively.

Philippe Zuber, COO of Emaar Hospitality Group, says that the market will feel pressure from the amount of new supply coming online over the next few years including several hotels operated by the company under the Address, Vida and Rove brands.

“We are working closely with the Department of Tourism and Commerce Marketing (DTCM) because we have to develop ‘destination Dubai’. It is mandatory that we increase the number of visitors because, with theinventory coming in the market, you need that demand.”

Increased choice in the market will also benefit consumers, who can be selective and choose the hotel that will give them better value, in turn also forcing operators to ensure they constantly improve their offering.

In terms of occupancy rates, Zuber concedes that hotels may soon start seeing levels more common in big international cities like Singapore, London and New York. “Maybe those days of 95 per cent occupancy throughout the year will evolve. I don’t think it will drop too much but I think we will need to go through a change of perception, and maybe, be a more realistic city,” he says.

PwC’s Shepherd also points out an imbalance in the overwhelmingly high proportion of luxury and upscale hotels under construction.

Out of the 10,000 rooms under construction in the city, only 1,000 are in the midscale to economy bracket.

“The growth in supply is still heavily dominated by the luxury and upscale segments. However, Dubai recognises this and has put its weight behind the creation of three and four-star projects. Future growth may depend on achieving a better balance of four-star, family and economy hotels,” he states.

Despite currency and geopolitical challenges, the hospitality industry remains bullish about the future of Dubai and the emirate’s ability to cement its status as a world-class destination. The majority of operators are investing heavily to expand in the city over the next few years. They stress that the hotel and tourism business is a long-term one.

“Dubai’s geographical position, its brand presence and the business model of Emirates Airlines – which enables people to come on transit and stay over for a couple of days, all of that has and will continue to drive tremendous growth,” states Rabih Saab, president and MD, MEA and South Asia for travel solutions company Travelport.

“The good thing about our industry is that it is quick to recover. It might be bad for two to three months but if things get better, people immediately resume leisure activities,” he adds.

Bouncing back swiftly from the recent slew of challenges is certainly something that every player in the industry will be hoping for. Once that happens, every hotel can once again boast of being as busy as the halls of Arabian Travel Market.