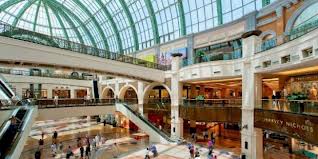 A unit of Dubai Holding, owned by the emirate’s ruler, has sold a piece of land to fast-growing shopping mall developer Majid Al Futtaim (MAF), the latest in a series of plot sales initiated by state-linked firms in the emirate to raise funds.

“Majid Al Futtaim intends to use the land to develop a community shopping mall as part of the company’s Dhs3 billion ($816 million) investment plan for Dubai,” a spokesman at MAF Properties said in a statement.

TECOM also confirmed the sale but both firms declined to give a value for the deal.

Privately owned MAF, builder of the famous indoor ski-slope at its flagship Mall of the Emirates, said earlier this week that it would invest another Dhs3 billion over the next five years in Dubai.

TECOM is a unit of Dubai Holding Commercial Operations Group (DHCOG), the flagship company in the ruler of Dubai’s business empire, Dubai Holding.

DHCOG was hit hard by Dubai’s property market crash and corporate debt troubles of 2008-2010, but the local economy has been recovering since then and the company’s 2012 profit surged to Dhs1.2 billion from Dhs204 million in 2011.

The company posted Dhs2.9 billion of revenues from property and land sales in 2012, out of total revenues of Dhs9.2 billion, its financial statement shows.

Land sales have become a key part of revenue generation for Dubai’s state-linked property developers, who in the past year have announced new projects and revived stalled ones to take advantage of renewed optimism in the real estate market, after its collapse in the 2009 debt crisis.

Dubai government firms own a large share of land assets in the emirate, but needs funds to build on these areas.

Home prices in Dubai rose over 20 per cent last year as investors returned to the property market amid the emirate’s trade and tourism boom.