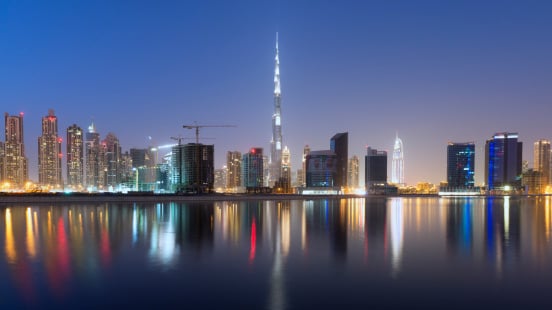 Dubai’s economic growth accelerated in the first half of 2013 to 4.9 per cent year-on-year, buoyed by strong expansion of trade and tourism, the government’s statistics department said on Wednesday.

Dubai’s real estate market has been rebounding this year from its crash of 2009-2010, helped by an influx of foreign money and supporting an economic boom which can be seen in the performance of the stock market, up 79 per cent year-to-date.

The hotel and restaurants sector grew 13.7 per cent in the first half of this year, the statistics department said. The number of hotel guests jumped 11.1 per cent to 5.6 million, while the number of rooms available increased by 4,729 to 58,950.

The wholesale and retail trade sector, which accounts for nearly one-third of GDP, expanded 4.1 per cent from a year earlier. Manufacturing increased 13.3 percent, helped by strong exports.

The real estate and business services sector, which accounts for about 13 per cent of GDP, grew 3.3 per cent year-on-year, accelerating from 1.7 per cent growth in all of 2012. The financial sector expanded 2.7 per cent.