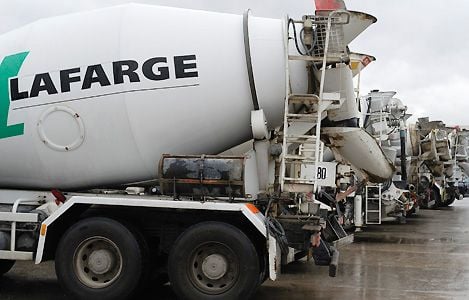 Dubai Group is in talks to sell its 45 per cent stake in a joint venture firm with cement maker Lafarge, two sources familiar with the matter said, as the state investment vehicle sells assets to repay its $10 billion debt pile.

Lafarge Emirates Cement, set up in 2005, is restructuring and needs additional capital to help support the business, something Dubai Group is unable to provide due to its debts.

While sources declined to put a value on the stake sale, one said it would essentially represent the amount required to be injected into the company by the stakeholder — meaning Dubai Group might not receive a significant amount for the asset.

“The costs are more than the equity and they don’t reflect the current price of cement. They need to put more equity in and while Lafarge should do, Dubai Group definitely doesn’t have the money,” said a separate source, a UAE-based banker.

The potential sale has generated interest from regional cement makers which are trying to cash in on a gradual recovery in the United Arab Emirates’ construction sector.

“The sale has attracted several regional players. Lafarge sees the UAE market as a long-term bet and are keen to retain their stake, but Dubai Group has their own issues to deal with,” the second source said.

The sources declined to be identified as the matter has not been made public. Dubai Group was not immediately available for comment.

Lafarge Emirates Cement was set up as a joint venture between Lafarge, the largest cement company in the world, Dubai Group, part of conglomerate Dubai Holding, and the Fujairah government, an emirate in the Northern part of the United Arab Emirates.

The company runs a plant in Fujairah with a production capacity of 3.2 million tons of cement, according to its website.

Dubai Group, once a symbol of Dubai’s rapid global and regional expansion, was hammered by the global financial crisis as the value of its investments tumbled.

Like a number of Dubai state-linked entities, it embarked on talks with creditors to restructure its debt and extend maturities, but those talks have face headwinds.

Royal Bank of Scotland and two other global banks have abandoned the talks and begun legal proceedings against the firm, seeking immediate repayment of money owed to them.

Many more such sales are likely.

“One can safely assume that given the position that they are in most of their portfolio is for sale. There are some for which they will have to wait longer to get value, but there is a move to sell assets at a faster pace now,” a Dubai-based banker said.