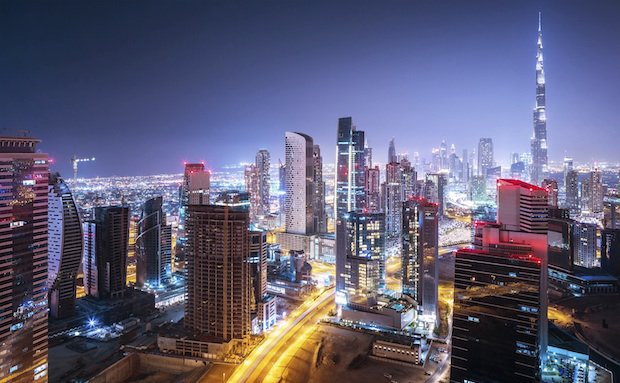 Dubai’s economy is expected to expand further over the next two years after having “defied downward trends that prevailed worldwide in 2016”, a senior official has said.

“Diversification, resilience and sustainability are enshrined in every project, policy and strategy that Dubai adopts, including, for example, the Dubai Plan 2021, Dubai Industrial Strategy 2030, and Expo 2020,” said Sheikh Ahmed, who is also the chairman of Dubai Civil Aviation Authority and the Emirates Group.

“The oil sector now makes up for less than 1 per cent of Dubai’s GDP, while varied initiatives have opened up unprecedented opportunities for global businesses in several non-oil sectors.”

“Continuous improvements in the routes, capacity, frequency, quality of service, and competitiveness of air and sea access brought 15 million overnight visitors to Dubai during 2016, up 5 per cent compared to 2015. This growth is especially good compared to the 4 per cent growth in global tourism, and the decline of 4 per cent in the Middle East tourism sector, according to the World Tourism Organisation,” said Sheikh Ahmed.

The GCC, India, UK and Germany accounted for 40 per cent of Dubai’s total visitors. Average spending per visitor increased to Dhs8,658 in 2016 from Dhs8,252 in 2015. Total spending grew by 7.6 per cent to reach Dhs126bn, while the average length of stay per visitor was seven days.

“Large investments in travel, tourism, leisure and hospitality sectors will continue to attract more visitors, in line with our strategy to welcome 20 million visitors by 2020,” added Sheikh Ahmed.

“Nearly 47 contracts worth over Dhs11bn are set to be awarded in 2017 for projects at the Expo 2020 site alone. The public-private partnership law passed in 2015 has further stimulated greater private sector involvement in Dubai’s construction market,” the official said.

The transportation sector is also expected to aid construction growth due to large investment projects such as the Etihad Rail project, the Dubai Metro extension project and the expansion of the container port in Jebel Ali.

Looking ahead, real economic growth in Dubai is expected to reach 3.1 per cent in 2017 and 3.6 per cent in 2018, stated Sami Al Qamzi, director general of Dubai Economy.

“Dubai has emerged as a major player in the world economy and enjoys a stronger position as a global hub and one of the top five international centres for trade, transport, finance and tourism,” he said.

“While the domestic trade sector was the chief driver of the emirate’s impressive GDP growth in 2016, tourism, real estate and manufacturing will dominate economic activity in the years ahead,” Al Qamzi added.