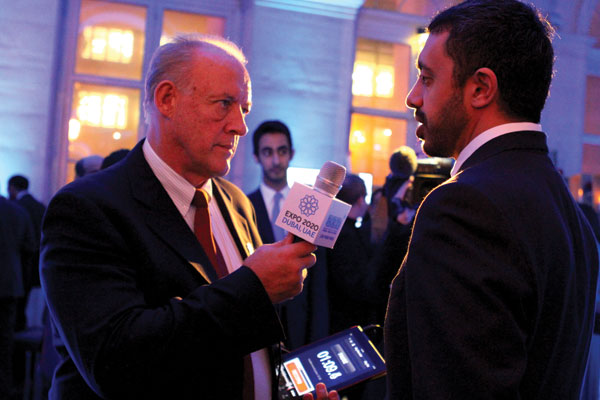 Malcolm Taylor, the radio host of Dubai Eye’s ‘Business Breakfast’ show passed away in Dubai on Wednesday, according to a statement by Arabian Radio Network (ARN).

He died of a heart attack at approximately 4am on Wednesday.

Taylor co-hosted the Business Breakfast show alongside Richard Dean and Brandy Scott on Dubai Eye 103.8 since 2005.

ARN and Dubai Eye 103.8 announce with deepest regret the sad passing of our dear friend and colleague Malcolm Taylor.
Our thoughts and prayers are with his family at this time pic.twitter.com/QNXDHwx69B

Tributes have poured in from friends and colleagues across the region.

His co-host Richard Dean recalled stories of the legendary radio presenter travelling extensively across the Middle East which he first visited in 1967. “He was a naturally talented broadcaster. He could effortlessly do what most of us spent years trying to perfect.

“We’ve known each other for 15 years and we both shared a love for 17th-century history. It will be strange not covering big upcoming stories like the Aramco IPO alongside him.”

Taylor first visited Dubai in 1972. According to a statement issued by ARN, Taylor had this to say about his life in the Middle East: “I have spent most of my years in the Gulf and now live in Dubai which is the best home anyone could hope for, with a high personal security, plenty to do, great weather, and a wonderfully welcoming local population. It is a pleasure to be here.”