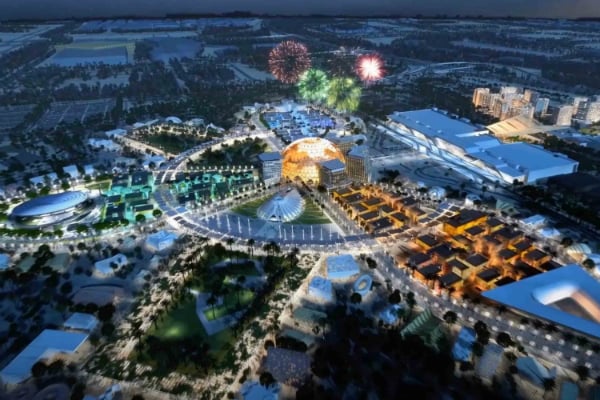 Tickets prices have been revealed for the six-month Expo 2020 that will begin in Dubai next year.

A single-day ticket for an adult (aged 18 and above) will cost Dhs120, while a three-day pass – which can be used on any three days during the 173 days of the event – will be priced at Dhs260, organisers announced.

Children aged five and younger, as well as seniors aged 65 and older, can enter for free. People of determination will also be granted complimentary access, while their carers will have to pay only half the ticket price.

Those aged six to 17 and students of any age will get a 50 per cent discount, organisers said.

For international travellers, single-day and three-day tickets will be offered in bundled packages to be sold by authorised ticket resellers, starting next month.

A ticket will provide access to the programmes – the site is expected to have 60 live shows a day – as well as daily parades and the 200-plus F&B outlets in the Expo site.

Sanjive Khosla, deputy chief for sales and marketing at Expo 2020 Dubai, said: “With less than 550 days to go before the biggest event ever to be held in the Arab region, excitement is building up fast.

“We aim to be a World Expo that is accessible to all and we believe the ticket prices and concessions will help us achieve that ambition.”

Tickets will go on sale for the general public in April 2020, while monthly and season passes will be available from the last quarter of 2019.

Details of these options will be announced later.

Gillian Hamburger, senior vice-president for programming at Expo 2020 Dubai, said: “Every day at Expo 2020, there will be live events, including parades, performances, global music shows, hands-on workshops and other diverse entertainment for all to enjoy.

The event is expected to have participation from over 190 countries.