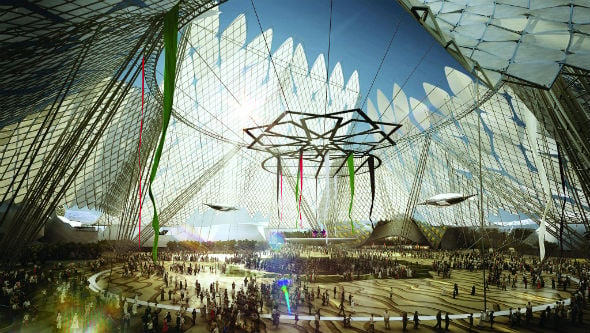 With the announcement of the Expo 2020 winner on November 27, local sentiment remains upbeat. Centred on the theme of ‘Connecting Minds, Creating The Future’, Dubai continues to heavily market its grand plans for hosting the event.

The emirate has leaned on its reputation for cosmopolitanism in a bid to secure support from key global figures like Bill Gates, London Mayor Boris Johnson and former French president Nicholas Sarkozy. And if Dubai’s efforts pay off and the city wins the Expo 2020 bid, it will be the first time that such a large-scale fair has been hosted in the MENASA region.

The Dubai Expo team has officially pegged its total budget at Dhs31.7 billion. The emirate expects to see its number of visitors swell to 25 million over the course of the Expo, while the huge costs are expected to be covered in part by ticket sales, sponsorship, food and beverage sales, merchandising and other sources.

The Turkish city narrowly lost the bid to host Expo 2015 to Milan, Italy, and has chosen the theme ‘New Routes to a Better World: Health for All’.

Izmir was selected over Ankara by the Turkish government and centres around the discourses on health and providing healthcare services at an optimal cost. Despite efforts to provide healthcare and improve the access of basic health services to developing countries, challenges still persist.

Izmir hopes that the chance to host an expo around the theme of healthcare will help countries and stakeholders develop an action plan.

São Paulo is Dubai’s strongest rival for the 2020 bid. With its expo theme of ‘Power of Diversity, Harmony for Growth’, the Brazilian city is banking
on the pull of its multi-cultural population. But the biggest advantage that São Paulo wields over Dubai is its considerable previous exposure to large events. Brazil has already won the rights to host both the 2016 Summer Olympics and 2014 FIFA World Cup.

As a recognised emerging market and thriving cosmopolitan hub, São Paulo may have just what it takes to be a host city. With a thriving immigrant population, Sao Paulo is cosmopolitan in every sense. São Paulo would also be the first Latin American city to ever hold a World Expo if the country wins the bid.

Ekaterinburg, Russia
If Ekaterinburg wins the bid, it will be the first Russian city to host a world fair. The proposed theme of the expo is ‘The Global Mind’, while the chosen city is a major centre of education, research, culture and industry. The country has already won the rights to host FIFA 2018 and Ekaterinburg is leveraging strong support from the government to help secure a win.

Russia has already unveiled its expenditure plans for constructing an Expo park and related infrastructure. Ekaterinburg’s status as a rapidly developing city will receive an unprecedented boost if it wins the bid.