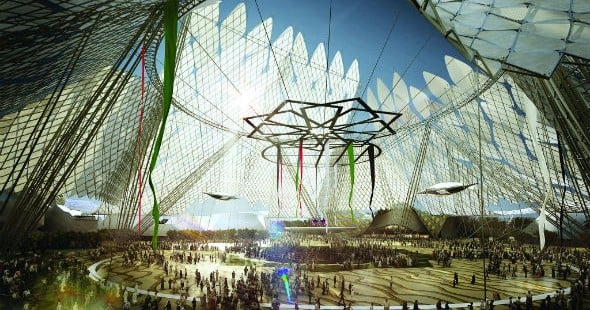 Dubai will spend around $100 million to add 50 megawatts of solar-power capacity by the time it hosts the World Expo 2020 exhibition, consultant Access Advisory said.

The new capacity will help meet Dubai’s own target of generating half the additional power needed to run the Expo from renewable resources, Stephane Bontemps, managing director of the Dubai-based business, told reporters yesterday.

Dubai, which teetered on the brink of default in 2009, was picked on November 27 to host World Expo 2020, becoming the first Middle Eastern city to win a bid for the event in its 162-year history.

The emirate of 2.2 million people, with its economy rebounding as local hospitality and property industries flourish, expects to attract 25 million visitors during the six-month show starting October 20, 2020.

Economic growth and a rising number of tourists will boost Dubai’s energy demand beyond the government-owned utility’s own estimates, said Vahid Fotuhi, head of business development at Access.

Use will increase by more than 50 per cent to more than 10,000 megawatts by 2020. That compares with a forecast by Dubai Electricity and Water Authority for a demand gain of 30 per cent through 2020, he said.

The utility sees the emirate’s power demand rising by between four per cent and five per cent a year, DEWA chief executive Saeed Mohammed Al Tayer said in March. The authority has generating capacity of 9,646 megawatts, and demand this year peaked at 6,857 megawatts, it said December 7.

The amount of additional solar power forecast for Expo 2020 would represent a 10-fold increase over the 4.7 megawatts of sun-powered electricity capacity installed for the last exhibition held in Shanghai in 2010, Fotuhi said.