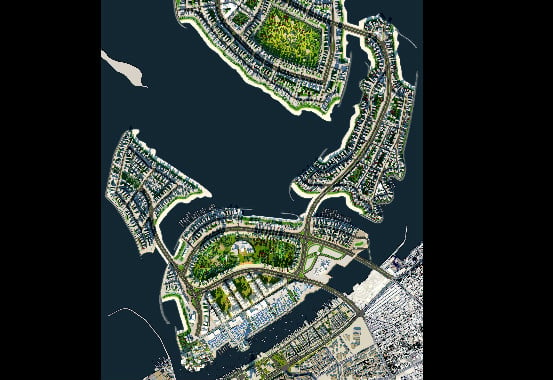 Nakheel is seeking contractors for phase one of its Deira Islands project, a new mega development coming up in Dubai.

It has issued the design and build tender for the first phase of the Deira Islands Coastline, which includes placing and profiling up to nine new beaches, construction of new coastal structures, completion of existing coastal structures, additional land reclamation and earth works.

The Deira Islands Coastline will comprise of integrated leisure beaches, revetment frontages, headlands, and quay walls providing pedestrian access around the perimeter of the four linked islands. Bids for phase one are due by August 14.

The 15.3 sq km Deira Islands development, coming up in the vicinity of the Nakheel’s Palm Deira project – which was shelved during Dubai’s property crash, was first announced during the Cityscape exhibition in October last year.

The project will include a large shopping mall, a souk-style Arabic market,several hotels, an amphitheater for 30,000 people and a marina that can accommodate large yachts, in addition to resorts and retail units.

The mixed-use project, featuring a 21km beachfront, is anticipated to accommodate over 357,000 people when ready.