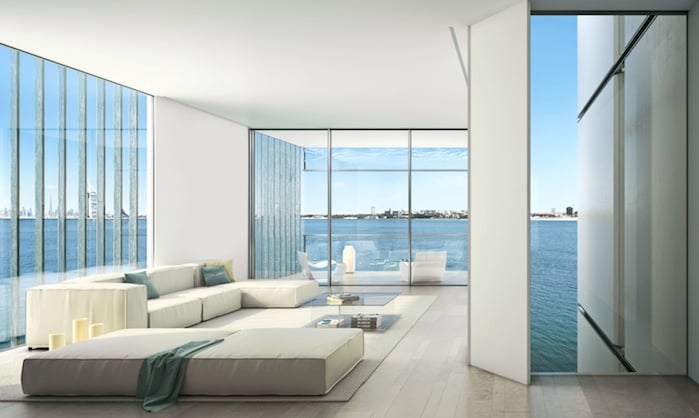 Dubai-based property developer Muraba’s upcoming project on Palm Jumeirah is proceeding on track for completion in April 2016, it revealed in a statement on Sunday.

Ibrahim Al Ghurair, the firm’s founder, confirmed that the first phase of construction on the Muraba Residences Palm Jumeirah is now complete.

“It is important to us at Muraba that we deliver our first project on time so that we are able to handover to buyers from April 2016 as agreed,” stated Al Ghurair.

“To that end, we have put in place key measures to ensure this happens in a systematic way and sought to avoid the pitfalls that cause other projects to be delayed.

“We have seen projects fail because they start before the design is complete,” he added.

Located on the east crescent of Palm Jumeirah, the high-end apartment building is conceptualised by RCR Arquitectes and will comprise 46 apartments and four penthouses.

“Muraba Residences Palm Jumeirah has been designed ‘from the inside out’, with the resident in mind. The spaces are carefully considered, not just in their proportion and relation to each other, but also to how the light behaves throughout the day; from east to west and from dawn to dusk,” said Al Ghurair.

Dubai’s real estate market boomed in the last two years, before stabilising during the second half of 2014.

Property prices are expected to remain flat or fall by up to 10 per cent this year, following a 56 per cent increase in rates over the two years to June 2014, JLL revealed in a recent report.

According to the Dubai Land Department, the number of residential transactions fell 30 per cent last year, with values down 14 per cent.

However, investor demand has remained high, and developers in the city continue to launch new projects.

The project, expected to be completed by April 2015, mainly comprises of one-bedroom apartments.