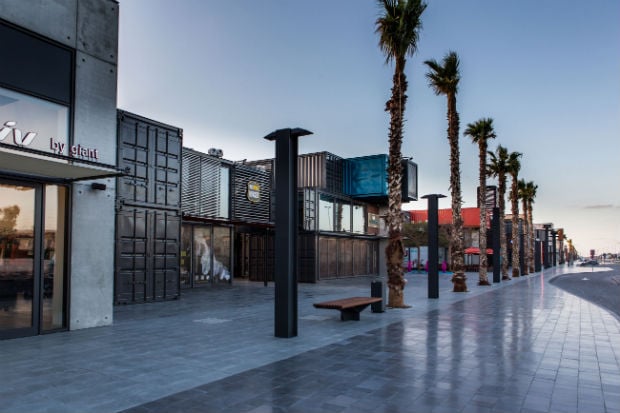 Dubai-based developer Meraas has announced the launch of Boxpark, a new outdoor lifestyle and retail development in the emirate.

Boxpark is Meraas’s third project in less than two years, following its other two lifestyle developments – The Beach and City Walk.

Some of the brands that are being launched at Boxpark currently include the Italian gelato store Dri Dri, a children’s shoe store Polliwalks, German fashion brand Rundholz, Urbanist, Typo, The Zoo – a gift shop, footwear brand Toms and Liv by Giant, which sells bicycling gear for female cyclists.

Sports retailers such as Addidas and Nike will also open outlets in Boxpark aside from other retail units, a statement said.

Many local developers are turning towards retail and lifestyle developments in a bid to tap into Dubai’s consumer spending boom. Often, such retail projects also complement the developer’s major properties.

Spanning 2.5 kilometres, The Drive at AKOYA will include convenience community retail, high street retail and food and beverage outlets in addition to multiple entertainment attractions.

The project, which will be the longest outdoor shopping destination in the region, will be anchored by a Waitrose supermarket, Damac said.

Its most recent retail project, the Golden Mile development, will have around 70 outlets including a supermarket, department store, cafes, restaurants, medical centre and gym.

Nakheel’s other retail projects in Palm Jumeirah include Nakheel Mall, The Pointe, Palm West Beach and The Boardwalk.