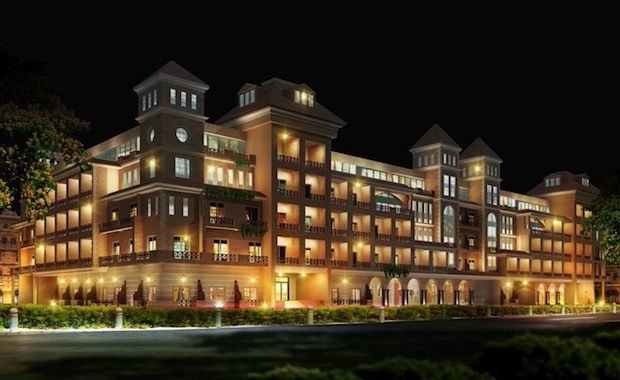 Dubai-based developer Shaikhani Group has announced the launch of one-bedroom apartments priced at Dhs799,000 at its Gardenia Residency project in Jumeirah Village Circle.

The apartments will include a children’s room within the hall and are targeted at families in the emirate, the developer said in a statement.

Investors will be offered a 50:50 payment plan as part of which they will need to pay up to Dh399,500 or 50 per cent until the project handover with the balance payable after the handover.

The project is expected to be handed over in 2018.

In the first phase, the company is offering 100 homes that will be sold on first-come-first-serve basis.

“Our aim is to attract end-users and small families to shift from rented homes to their own freehold homes without putting much strain on their finance – which is a major issue with fixed-income small families,” said Mahmood Shaikhani, managing director of Shaikhani Group.

“As a developer, we are going to bring in new lifestyle concepts for families and help them move into their own apartments that will help them protect from rent-related inflation that sometimes could reduce savings,” he added.

Of these, the company said it is in an “advanced stage” of completion with regards to projects worth Dhs1.5bn involving 1,250 units.

The rest are at the beginning of the development cycle and are expected to be completed by 2020. Four of these projects will be located at the Jumeirah Village Circle while one in Arjan at Dubailand, the statement said.

The Dhs220m Gardenia Residency project was launched in May this year, comprising of 164 serviced apartments. Work has started on the project and it is expected to be completed in 2018.

Earlier this year, the company also announced a series of projects worth Dhs2bn.

“The projects will be financed by our own resources that include the cash flow being generated from the handing over of the existing projects,” said Shaikhani.

“We will hand over four projects this year and one next year – that will complete our existing six projects that are being completed and handed over to property buyers.”

He added: “As we move on with a strong pipeline of projects, we remain confident of the market.”