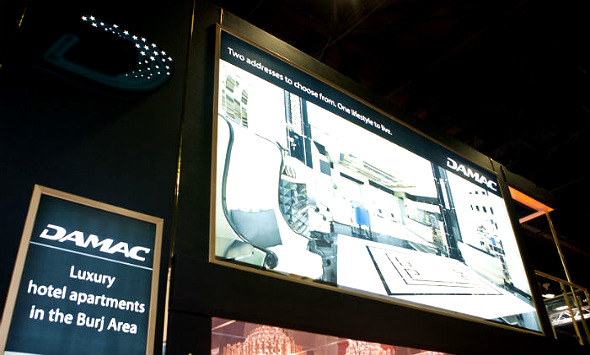 Dubai-based property developer DAMAC reported an 11 per cent rise in fourth-quarter profit on Monday as it handed over nearly 1,000 units.

The developer, which originally listed global depository receipts in London before joining Dubai’s main bourse in January, made a profit of $249.8 million in the three months to Dec. 31, according to Reuters calculations based on a company statement.

This was up from a profit of $225.1 million posted for the year-earlier quarter.

Full-year revenue rose 64 per cent to $2.01 billion due to the unit deliveries and land sales of $873.5 million at two major Dubai projects.

The value of DAMAC’s properties under construction rose by 20 per cent to $2.33 billion at the end of 2014, an increase the company said was largely due to increases in its land bank.

Dubai house prices fell 49 per cent from a peak in the third quarter of 2008 to the market bottom in the second quarter of 2009, according to consultants Cluttons, following a supply glut and the emirate’s debt crisis.

Prices subsequently largely recovered as an influx of cash and people from troubled parts of the Middle East helped spark a rebound, although Cluttons estimates house prices remain about 18 per cent below 2008 peaks.

The consensus view is for prices to fall slightly in 2015 as increased property sales taxes, stricter mortgage lending requirements and a lack of affordability reverses the market momentum.