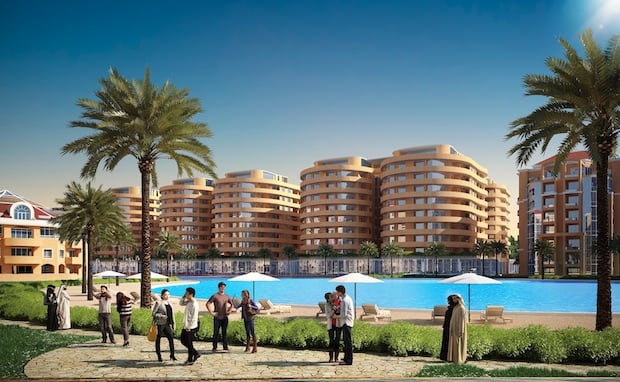 Dubai developer Schon Properties announced that the design of its 20,000sqm man-made lagoon in Dubai Investments Park (DIP) will be completed by the end of this year.

The massive lagoon is being conceptualised and designed by Crystal Lagoons and will form the centrepiece for Schon’s DIP projects comprising 51 buildings.

The lagoon and its beaches will also offer non-motorised aquatic leisure activities for both residents and guests.

Noorul Asif, COO, Schon Properties said: “The water feature, combined with spectacular landscaping and white, sandy beaches will provide a great visual relief to the residents as well as a range of water sport activities.

“By partnering with Crystal Lagoons, we have also ensured that we follow the sustainable and efficient system across all stages of the project – from bringing in the water to discharging it – and are complying with the eco-friendly standards.”

Carlos Salas, regional director at Crystal Lagoons added: “The water will have 100 times fewer chemicals compared to a conventional swimming pool. Moreover, our patented ultrasonic filtration allows us to save up to 50 times more energy than a regular system.

“In terms of consumption, the lagoon will use half of the water used in a park of the same size, further reduced by our evaporation control technology.

“Besides fresh, salt or brackish water, we also utilise water that may not have any other alternative use, such as underground aquifers in deserts,” he said.

Crystal Lagoons is developing similar projects across the world including projects in South America, East Asia, US, Africa and the Middle East.

Crystal Lagoons also won a deal in Saudi Arabia two years ago to build a lagoon at a $4bn mega project.

The lagoon will be situated at the centre of a 240-hectare mixed project being developed by the Prince Sultan Cultural Centre, in the north of Jeddah.