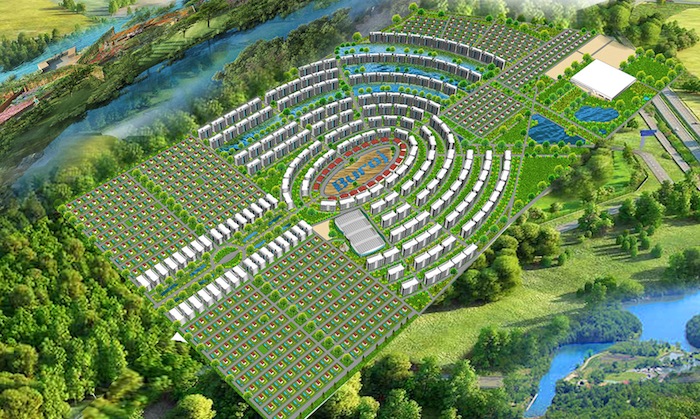 Dubai-based developer Buroj Property Development said on Saturday it plans to invest 4.3bn euros ($4.8bn) to build a luxury tourist resort near Sarajevo, in what could be the biggest foreign investment of its kind in the Balkan country.

Bosnia, where Muslim Bosniaks are the largest of its three ethnic groups, has seen an influx of tourists from the Middle East in recent years and a growing number of Middle Eastern buyers of properties, attracted by the country’s mountain landscape.

“The initial investment in the project is worth around 920m euros, while the total investment will amount to 4.3bn euros” over the next eight years, Ismail Ahmed, the company’s manager, told a news conference.

The ‘Buroj Ozone’ will stretch over an area of 1.3 million square metres and include thousands of housing units, hotels and the largest shopping centre in Bosnia, Ahmed said.

It will be located in the municipality of Trnovo which lies below the Bjelasnica and Igman mountains, venue of the 1984 Winter Olympic Games, around 20 kilometres from Sarajevo.

Ahmed said construction would begin in April or May next year pending a resolution of regulatory issues and necessary permits from the Trnovo municipality, which will lease the land to Buroj Property Development for 99 years.

The project will create at least 10,000 local jobs, he said.

“The aim of this unique project is to turn Bosnia and Herzegovina into a tourism leader of southeast Europe and to put its rich natural resources at the disposal of local and international clients,” he said.

“Many people associate this country with the war and this project will help change that image,” Ahmed added.

Since the end of the 1992-95 Bosnian war, which claimed 100,000 lives, Bosnia has attracted scarce foreign investment.

Tourism is seen as an expanding industry in the Balkan country. Visitor arrivals in the first five months of 2015 were up almost 26 per cent from the same period last year.

A World Tourism Organisation study predicts that Bosnia would have the third highest tourism growth rate in the world by 2020.