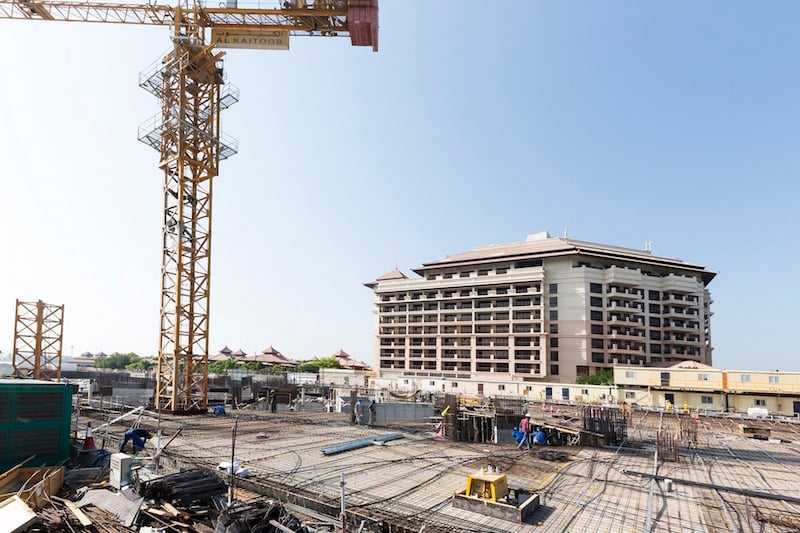 Dubai developer Azizi Developments has said that its second project in Palm Jumeirah, Mina by Azizi, is on track for completion next year.

The Dhs780m project is expected to be ready by the last quarter of 2018, the developer said in a statement.

Designed to resemble the Arabic Dhow and the waves, Mina by Azizi covers a total area of 11,244 square metres, and features 178 fully-furnished and serviced residences, including one and two, three and four-bedroom apartments and penthouses.

He added: “Investor confidence in the UAE is increasing and is reflected in the registration of 68 projects during the first half of 2017 valued at Dhs21bn.”

In August, Azizi announced the handover of its Dhs350m Royal Bay, another luxury residential property project on the Palm Jumeirah.

Earlier this week, the developer also confirmed that its ninth project in Al Furjan, Azizi Montrell, is slated for completion early next year.

Azizi Montrell, a nine-storey high-end serviced apartment building includes 222 units, of which 168 are studio apartments and 54 are one bedroom apartments.

Azizi is also currently developing the Dhs12bn Azizi Riviera project in Meydan One, as well as other projects in Dubai Healthcare City, Studio City, Sports City and Jebel Ali.