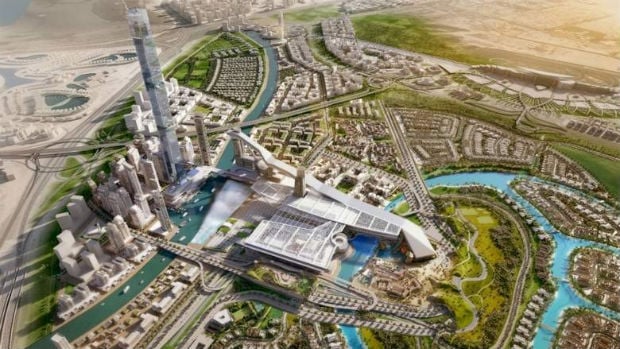 Situated within the Meydan One project, Azizi Riviera comprises of 69 mid-rise residential buildings, a retail district and two hotels.

In terms of residences, the development will offer 13,000 units including one-bedroom, two-bedroom and studio apartments.

The two hotels will include one four-star and one five-star property, a statement said, without disclosing the names of the operators.

Designed to resemble the French Riviera waterfront, the development will also offer access to the Meydan One Mall and the Meydan Racecourse – where the Dubai World Cup is held.

The first two phases are slated for completion in December 2018, Azizi confirmed.

Azizi Riviera is the first in a series of projects that Azizi is planning to develop in the Meydan One mega-development, following a partnership with Meydan Group announced earlier this year.

Work on the Meydan One Mall began in March this year, and when ready, it will have the world’s longest indoor ski slope, a 131,150 sq ft hypermarket and a retractable skylight roof. It will also host 620 retail shops, with two major department stores and regional firsts, 100 food and beverage outlets and a 21-screen cinema with a food court.

Saeed Humaid Al Tayer, chairman and CEO of the Meydan Group, said: “The real estate market in the UAE and Dubai in particular is seeing growing interest from international investors and we remain confident of the dynamism of the sector and its long term prospects.”