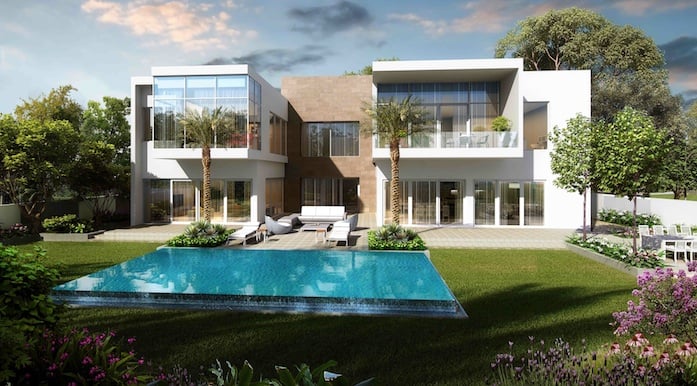 The villas are available in two styles and each home will comprise an outdoor shower, barbeque area, infinity edge pool, landscaped gardens with a lawn and parking for two cars.

The development will also have a separate visitor parking and a community centre featuring meeting rooms, a pharmacy, a coffee shop, and retail offerings.

Additional themed gardens and children’s play areas are also planned within The Nest, the company said in a statement.

The villas go on sale from April 11, and prices will begin at Dhs7.7 million. The completion date has not been disclosed.

The Nest follows the launch of The Reserve – which features 189 residences and 28 luxury villas; Ashjar, a collection of 300 apartments; and Seventh Heaven, which includes 157 homes – duplexes, penthouses, sky villas and garden homes – within the Al Barari development.

All the three projects are currently under development.

The Al Barari development will also feature its own health and fitness centre, Body Language, a spa- Heart & Soul, a gym, an outdoor pool, tennis courts, and a signature restaurant, The Farm.

Covered 80 per cent by green space, the development will have six themed gardens with over 16.4 kilometres of naturally landscaped lakes, freshwater streams, cascades and waterways.

“We now have a full spectrum of homes available, offering a choice for everyone from stylish apartments for couples through to spacious villas for families,” said Mohammed Bin Zaal, CEO of Al Barari.

Dubai’s property market has seen a slowdown in new launches after witnessing a flat growth in prices since mid-2014.

A recent report by real estate firm Tasweek found that prices dropped by an average of two per cent in January and February 2015 as compared to the last quarter of 2014.

Transactions also slowed by 20 per cent in January and 17 per cent in February compared to the same months in 2014, it stated.

An earlier report by real estate consultancy JLL estimated that property prices in the emirate will remain flat or drop by up to 10 per cent this year.