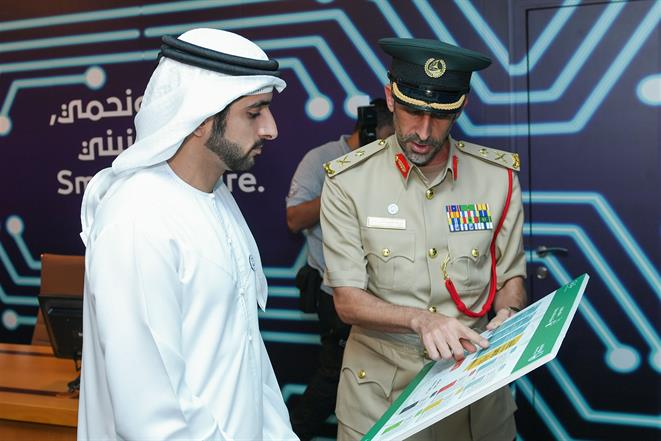 Sheikh Hamdan visited the Muraqqabat police station – the police general headquarters – on Monday, where he was given the latest update on the project. 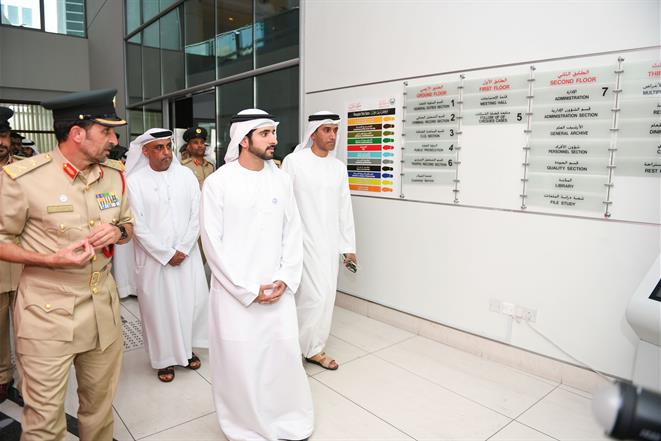 The Smart Area project aims to introduce AI and the latest technologies to fight crimes in order to achieve a ‘zero crime rate’ in the future, a statement said.

The project is part of the Dubai Police Strategy 2016-2021 and the Artificial Intelligence (AI) Strategic Plan 2018-2021 which aims to introduce AI in the security sector.

Sheikh Hamdan was also briefed about the best ways to implement AI and its use in combating crime.

Dubai Police has launched a series of new ‘smart’ projects in the last few years.

In January, Dubai Police announced the launch of an AI surveillance programme designed to prevent crime and reduce traffic accidents.

The Oyoon (Eyes) project will “provide a safer living experience” for citizens, residents and visitors, the police said.

It includes the fitting of tens of thousands of cameras with facial recognition software and microphones, which will be used to track and analyse movements in key areas and issue verbal warnings to those suspected of wrongdoing.

Among the use cases mentioned by officials is to tell would-be thieves that they are being watched by police if they are suspected of trying to steal.

Road cameras with plate readers will also be used to record and punish reckless driving.

In March, the ‘police without policemen’ project was announced, which will see the authority deploy advanced technologies through three ‘activations’ including a network of cameras on fences and near homes linked with AI and crowd sourcing systems previously announced in January.