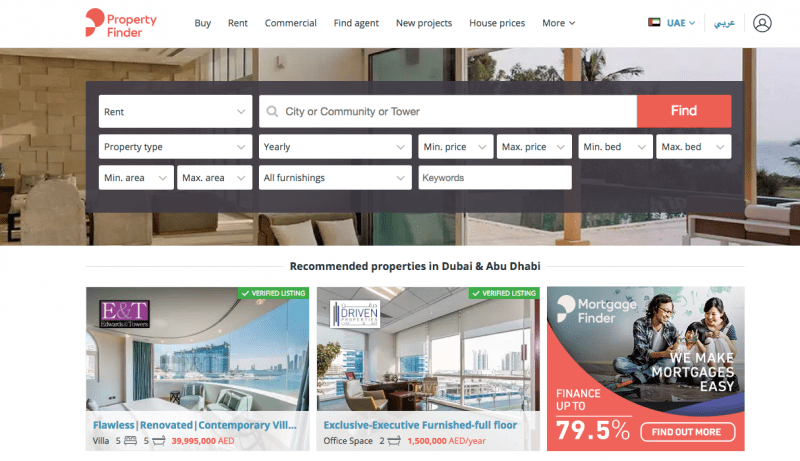 Property Finder’s chief executive told Reuters the money would be invested in product and technology.

“We want to continue building the best product and data information available to the public,” Michael Lahyani said at the company’s headquarters in Dubai.

The proceeds will also be used to expand the brand in its existing markets of Saudi Arabia, Egypt, Turkey, the United Arab Emirates, Qatar, Bahrain, Lebanon and Morocco, he added.

The company is likely to add about 200 staff to its 450-strong workforce by the end of 2019, Lahyani said. He did not disclose the exact size of the stake acquired by New York-based General Atlantic.

General Atlantic’s Chris Caulkin, the firm’s head of technology for Europe, the Middle East, and Africa, is joining Property Finder’s board after the investment round.

The other investors were non-profit organisation Endeavor and existing investor Vostok New Ventures.

The classifieds website was valued at $200m in 2016 when it sold a 10 per cent stake to Stockholm-listed Vostok for $20m.

Property Finder, founded in 2007, has been profitable for the past four years and generates six million monthly website visits across its Middle East and North Africa markets, Lahyani said.

In Turkey, Property Finder is a minority shareholder in website Zingat.