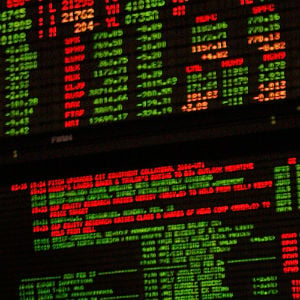 Top US futures exchange CME Group Inc doubled its stake in DME in February. Sources in the industry have said that it is unhappy with the slow progress of the flagship Oman contract.

“I want to take the DME on a totally different direction in terms of the focused approach on NOCs. Obviously, we will always be interested in having discussions with them but they are not our primary focus at the moment,” Christopher Fix said in an interview.

The Exchange will go after oil consumers such as China, Fix said, instead of knocking at the doors of lukewarm NOCs in vain. It is also in talks with six local Arab banks to get them involved in the financing of oil cargoes priced off DME.

“In our exchange alone we’re doing $1 billion to $1.5 billion worth of physical oil financing a month and it is coming from foreign banks. Why shouldn’t it come from local banks?

“Western banks are slowing down…they don’t have the dollars to lend,” he said.

Fix said the exchange has spoken with a total of six banks from Saudi Arabia, Bahrain and the UAE, adding that they were all looking to start the financing business as early as January next year.

The DME has been pushing to promote Oman futures as a benchmark for markets east of Suez. It argues that much of the world’s crude output is produced in the region and therefore should be priced in the Middle East, rather than via established global benchmarks like Brent and US crude futures which do not fully reflect the regional market.

The exchange is also studying the launch of a new contract in refined oil products, potentially fuel oil, to create a pricing mechanism for the opaque but booming bunkering market refuel ling ships in Fujairah.

“There is definitely a need to have a transparent price discovery mechanism for physical, for example fuel oil, because of the fact that Fujairah is such an enormous bunkering terminal.”

Refined oil products in the Middle East are Gulf are usually priced with a discount or a premium against benchmarks in Singapore or Europe. Traders peg fuel oil and bunker sales in Fujairah against Singapore spot quotes.

“We don’t feel that the existing benchmarks reflect at all really what’s happening in our market,” Fix said.

He said the exchange was looking at the possibility of a new contract in other refined products as well but studies on fuel oil have seen the most progress.

“We have a long way to go in terms of successful design of a contract…right now we’re in the process of talking to the market,” Fix said, adding that the exchange had been talking to traders in Singapore about the matter.

The CME, Dubai Holding and Oman’s sovereign wealth fund Oman Investment Fund set up the DME in 2007 as a joint venture along with oil and financial firms like Shell, Vitol , Goldman Sachs and JP Morgan.