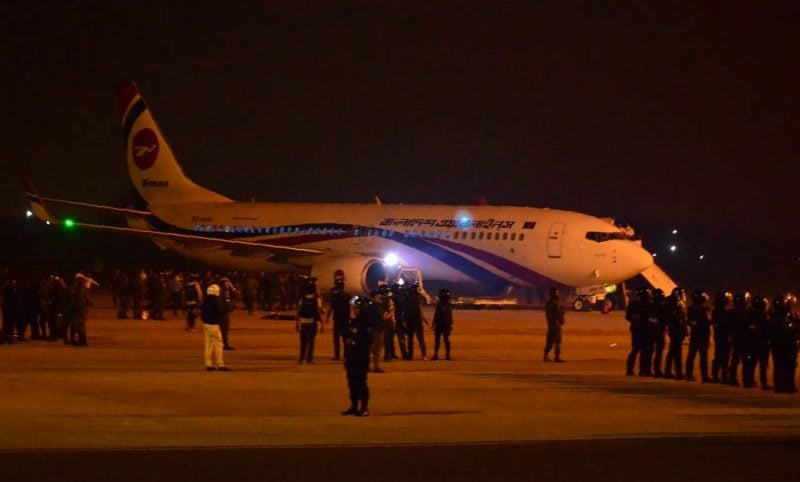 A plane operated by Biman Bangladesh Airlines flying from Dhaka to Dubai via Chittagong faced a hijacking attempt on Sunday.

Flight BG147, a Boeing 737 plane, made an emergency landing in Chittagong’s Shah Amanat International Airport at 5.40pm after a crew member reported “suspicious activity” by a man, who was later found to have a gun.

The suspect, a Bangladeshi, later died from injuries sustained in an exchange of gunfire with military commandos, officials said.

All the 143 passengers and seven crew members were safely evacuated.

The suspect reportedly shot at commandos when they asked him to surrender, an army official told reporters. He was injured when they fired back at him, and died before reaching the hospital.

He had apparently asked to speak to his wife and to Prime Minister Sheikh Hasina.

“I am saying this because of his behaviour. He wanted to talk to the prime minister.”

Bangladesh: Tense situation as police surround a plane at Chattogram airport after it was reported to be hijacked. The Dubai bound Biman plane is identified as flight BG147. pic.twitter.com/BtessHtKyZ