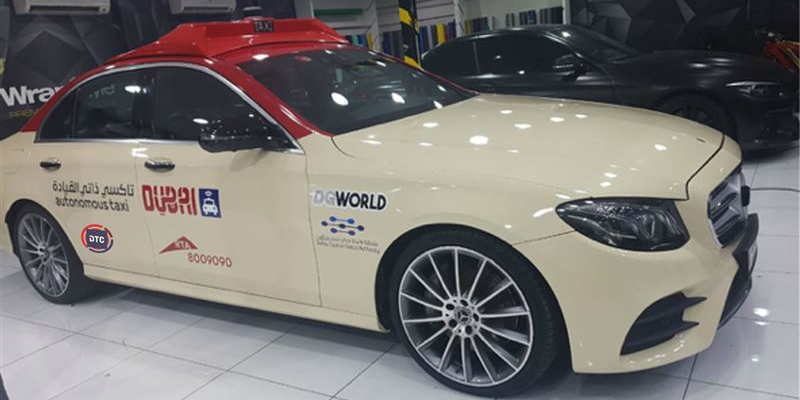 It is equipped with cameras and sensors to monitor traffic and road conditions and avoid collisions with other vehicles.

Dubai aims for 25 per cent of transport journeys in the city to be conducted by autonomous means by 2030.

Other concepts being launched by the RTA at the GITEX technology show this week include a customer loyalty programme for its nol public transport cards.

This will allow users to earn points when utilising public transport.

The government organisation will also showcase 3D-printed spare parts manufactured for the Dubai Metro, an automated chat bot to respond to customer queries, a ‘robot cleaner’ that will clean floors in metro stations and a new generation of screens to display passenger information.

Last year, it launched the S’hail app allowing customers to book and pay for all the city’s transport options including metro, tram, bus, waterbus, taxi, e-Hail, Uber and Careem sevices.

At a later stage, the platform will also be integrated with other marine transport options, the Palm Monorail, Downtown’s Dubai Trolley and the two-seater Autonomous Air Taxi (AAT) service the authority is testing with manufacturer Volocopter.