A piece by Dubai-based British artist Sacha Jafri is set to become the first official artwork to be placed on the Moon within the NASA Commercial Lunar Payload Services (CLPS) initiative.

The artwork called ‘We Rise Together with the Light of the Moon’ will be placed on the lunar surface later this year alongside NASA scientific payloads, together with other instruments and technologies from the mission partners.

Jafri’s original artwork will be placed on the surface of the Earth’s natural satellite by two privately held space companies – UK’s Spacebit, and US-based Astrobotic Technology. The latter extends end-to-end delivery services for payloads to the Moon.

This will be the first ever commercial lunar mission under the NASA CLPS initiative. 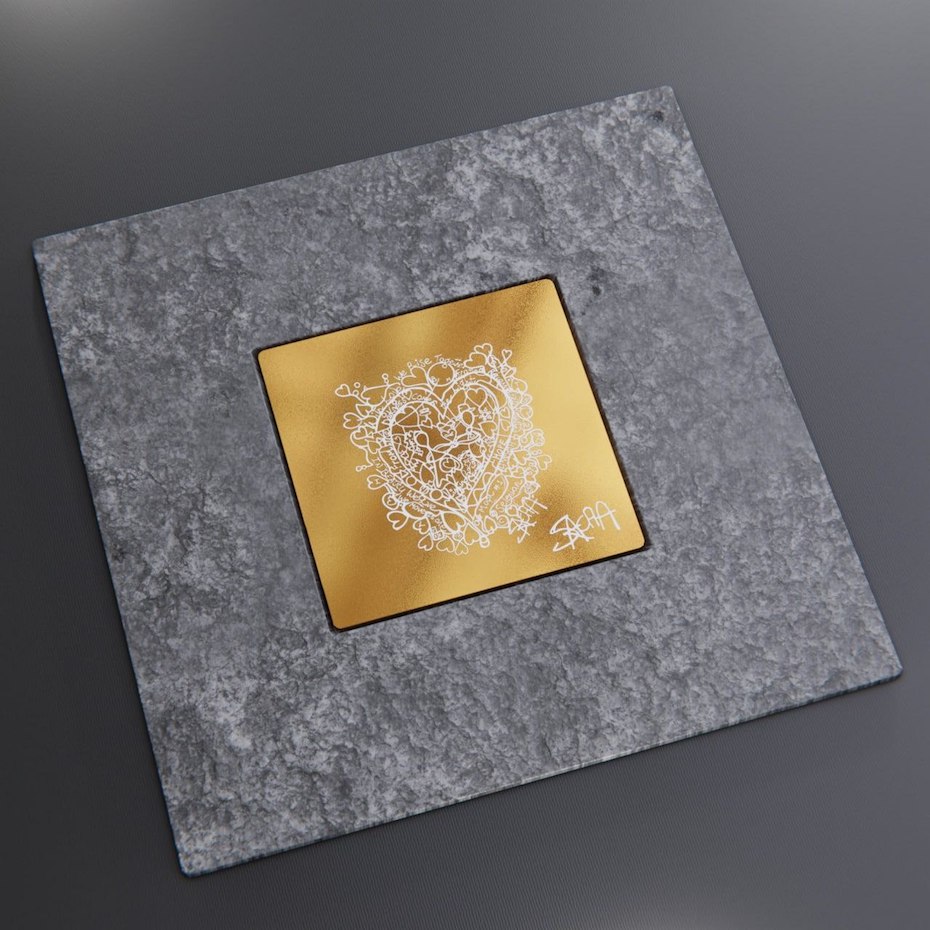 Spacebit and their partners have used an aerospace grade aluminium gold plate as a canvas for Jafri’s artwork, enabling it to be fully resilient to withstand temperatures ranging between -173°C to +123°C.

The humanitarian aspect of the mission meanwhile has been put together by Selenian, a company specialising in the curation of art in space.

From the sale of his art pieces, Jafri has already raised more than $140m for charities across the world. 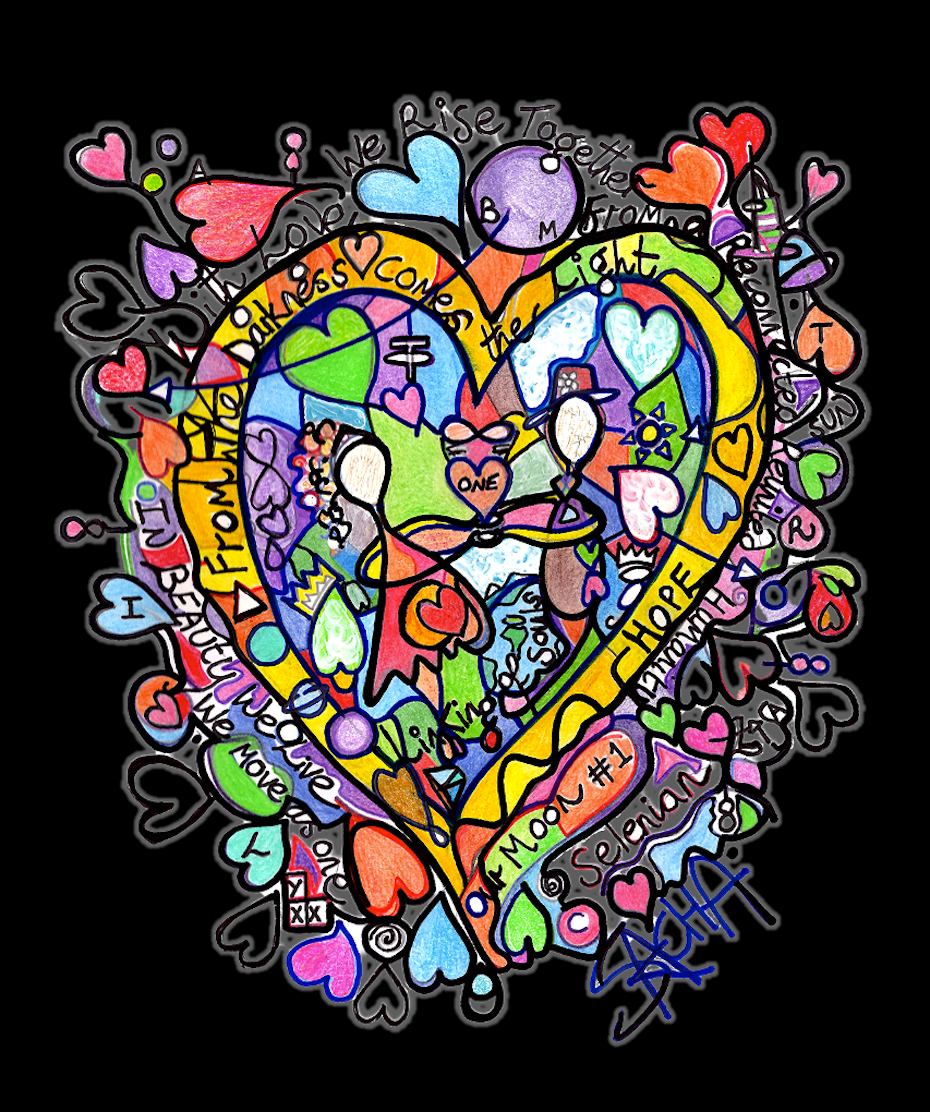 Along with Jafri’s original artwork, a series of Jafri Charitable-NFTs, created by the artist directly from his original piece, will launch alongside each stage of the mission – from the rocket launch entering the stratosphere, the Earth circumnavigation, the Moon sling-shot, the Moon landing, and the legacy of the eternal artwork on the Moon.

Jafri is also the world record holder for the most amount of open-edition NFTs sold in under a minute ($2m worth of NFTs sold in 45 seconds). 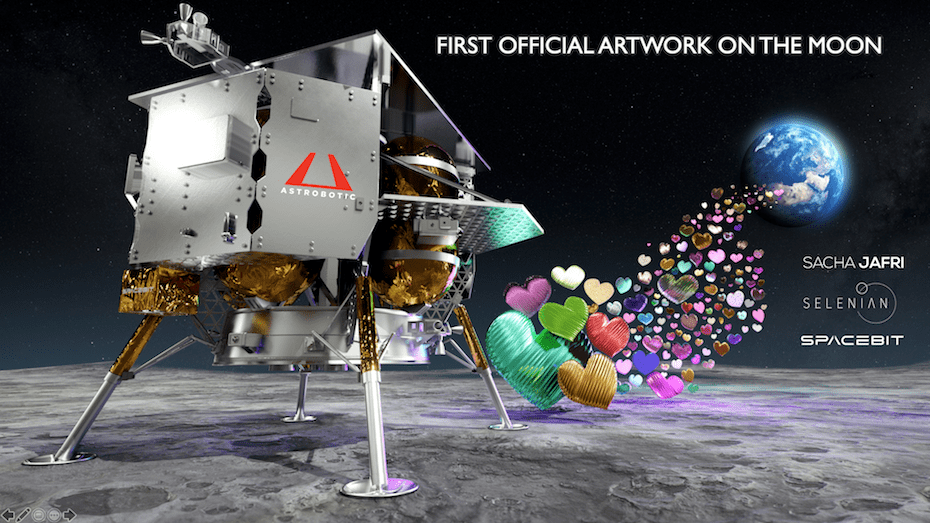 “The placement of my moon-landed heart artwork, aims to reconnect humanity to: ourselves, each other, our creator, and ultimately to ‘The Soul of the Earth’. With figures, entwined in love, reaching for a new found understanding of unity and consequential hope, as they embark on their journey of exploration from our inhabited planet to our uninhabited Moon,” said Jafri of the artwork which was launched recently at the USA Pavilion at Expo 2020 Dubai. “We rise together, with a like-minded goal of creating a new vision for our world, focusing on the five pillars that will allow humanity to thrive once again: Universality, Consciousness, Connection, Empathy, and Equality.”

Last year, Jafri has sold his 17,000-square-foot painting for Dhs227,757,000 ($62m). Proceeds from the sale will be made to several charities including Dubai Cares, UNICEF, UNESCO, and the Global Gift Foundation. The painting titled ‘The Journey of Humanity’  bagged the Guinness World Record for the the largest art canvas in the world.