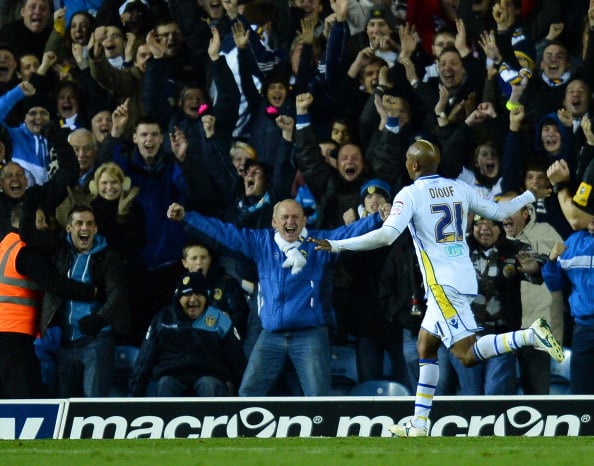 The Middle Eastern owner of Leeds United has signalled that it is in talks to sell the former English Premier League soccer club it bought only in December.

Dubai-based GFH Capital purchased the club from majority shareholder Ken Bates at the end of last year after negotiations that lasted for several months.

GFH Capital board member Salem Patel told a news conference at the time that it would not spend “crazy money” to restore the Championship (second division) club to the elite Premier League.

“The Group has an active plan to sell its stake in LUFC Holdings Limited, and accordingly, the asset and liabilities acquired were classified as held-for-sale and presented in the consolidated statement of financial position,” Gulf Finance House said in end-year financial statements dated Feb 21, 2013.

It added that it had begun negotiations related to the sale of its stake since the end of last year.

The accounts show a net cash payment of $33.226 million to buy the business last year. Reports in December said the cost of the Leeds deal could be up to 52 million pounds ($78.6 million), but that figure was not confirmed.

In its accounts, Gulf Finance House booked a goodwill gain of $10.369 million on the deal, and said “the bargain purchase was due to pressure on the sellers to exit their holdings due to change in their business plans.”

Leeds, which last won the English league title in 1992, are currently in 10th place in the Championship, outside the play-off spots for a lucrative Premier League spot.

The club declined direct comment but pointed to an article published in the Guardian newspaper last month which said the new owner was seeking investors and would prefer to sell a 30 per cent stake. It would consider selling a majority if the buyer had the funds to bring success, the report added.

In a message to fans on Leeds’ website dated Feb. 10, GFH Capital said it had rejected an offer for a majority stake in the club.

“Although we continue to seek strategic investors, we will only bring on board those who we feel can make a positive contribution to the sustainable success of Leeds United.”