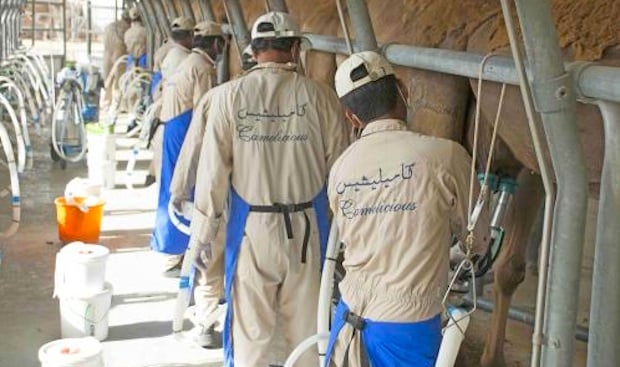 Dubai-based camel milk producer Emirates Industry for Camel Milk and Products (EICMP) has received a value-added tax (VAT) exemption certificate from the UAE Ministry of Economy, it announced in a statement.

The certificate exempts importers in the Arab countries of any customs duties.

The company – which produces the Camelicious brand of products, said that the exemption is hoped to increase camel milk exports to Arab countries.

EICMP’s exports of camel milk and its products to the Gulf Cooperation Council (GCC) and Arab states accounted for over 25 per cent of its total exports last year, a growth rate of 8 per cent year-on-year.

“The benefits thereof will also reflect on consumers as they will be getting our products at the lowest prices. We currently export camel milk and products to the European Union, Malaysia, Brunei, as well as GCC and Jordan.”

Established in 2006, EICMP is the first manufacturing facility in the Middle East to obtain the European Commission’s approval to export its products to EU.

Its facility for the production of camel milk hosts more than 4,600 camels.

“Domestic and international demand for camel milk products is still higher than supply, therefore, EICMP is seeking to increase its production,” the statement said.

The UAE is set to be the first GCC country to introduce VAT in 2018 and is expecting to generate around Dhs 10bn to Dhs 12bn in revenues in its first year of implementation.

The decision to introduce VAT was reached after receiving recommendations from various organisations and economists, including the International Monetary Fund.

Earlier this year, Oman’s Minister of Financial Affairs Darwish Al Beloushi disclosed that the GCC countries finalised a VAT rate of 5 per cent.

But officials also reached an agreement that certain industries and products will not be taxed. These include education, healthcare and staple foods items.