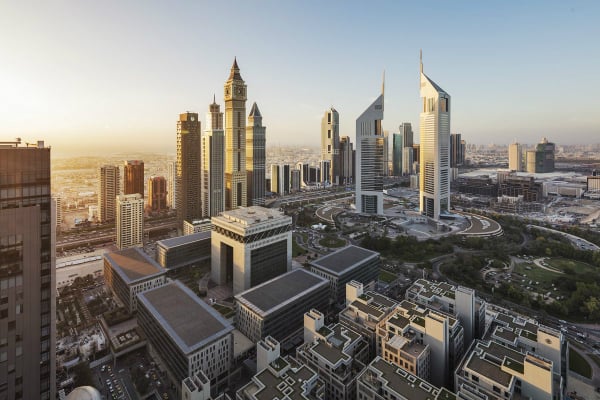 Dubai’s biggest bank is going after a plot of land in the city’s financial hub that belongs to debt-laden Al Jaber Group.

Emirates NBD is seeking to seize or sell the undeveloped land in the Dubai International Financial Centre after becoming frustrated by the pace of assets sales under Al Jaber’s debt restructuring, according to people familiar with the matter and an enforcement letter sent by the bank.

The land — worth about $70m — was used as collateral to secure a loan for chairman Obaid Khaleefa Al Jaber Al Marri, the people said, asking not to be identified because the matter is private. Al Rihab Real Estate, a unit of Al Jaber, defaulted on a mortgage related to the land, they said.

Emirates NBD is among creditors seeking to take action against Al Jaber and recover funds after two rounds of debt restructuring, the people said. Al Jaber last year agreed to raise about $445m from asset sales by the end of the year, while members of the Al Jaber family and other shareholders pledged to raise as much as $210m by selling personal assets. Little progress has been made on these sales, the people said.

Family-owned Al Jaber, which borrowed heavily to expand in construction, engineering and shipping, is one of several businesses in the United Arab Emirates that ran into trouble after the 2008 financial crisis. It signed a pact to alter the terms on about $4bn of debt in 2014 and last year agreed to restructure roughly $1.5bn.

Creditors — which include hedge funds and local banks — are now focusing on a Dhs4.5bn ($1.2bn) loan the chairman got as part of the first restructuring, the people said. The facility was a related-party transaction and bears a personal liability to the shareholder, they said.