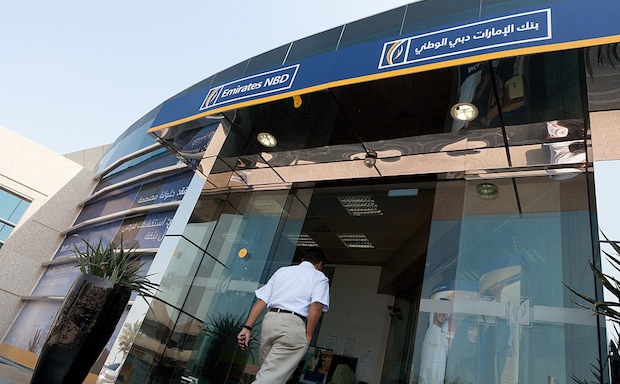 The bank, the last major lender from the United Arab Emirates to report its earnings during the quarter, made a net profit of Dhs2.28bn ($620.78m) in the three months to Sept. 30, a statement from the bank said, compared to Dhs1.66bn in the corresponding period of 2016.

That was ahead of the forecasts of two analysts. EFG Hermes expected the bank would make a net profit of Dhs1.85bn, while SICO Bahrain estimated Dhs1.89bn.

The bank, 55.6 per cent owned by state fund Investment Corp., has benefited from an improvement in business sentiment and a recovery in banking liquidity after an initial hit caused by low oil prices.

Still, the profit rise was the steepest among the UAE banks to report earnings this quarter.

Investment in infrastructure and stronger activity in the Dubai economy meant the emirate’s economic growth in 2017 was likely to exceed ENBD’s forecast of 2 per cent for expansion in the UAE’s overall economy, the bank said.

ENBD’s impairments stood at Dhs431m in the third quarter, 41 per cent down from the same period of 2016.

The bank’s net interest margin reached 2.56 per cent, compared to 2.44 per cent in the same quarter of last year.

The bank said the contribution of both deposits and treasury had improved as the impact of higher funding costs eased.

It said it expected a further improvement in net interest margins next quarter as a result of recent rate rises and cheaper funding.