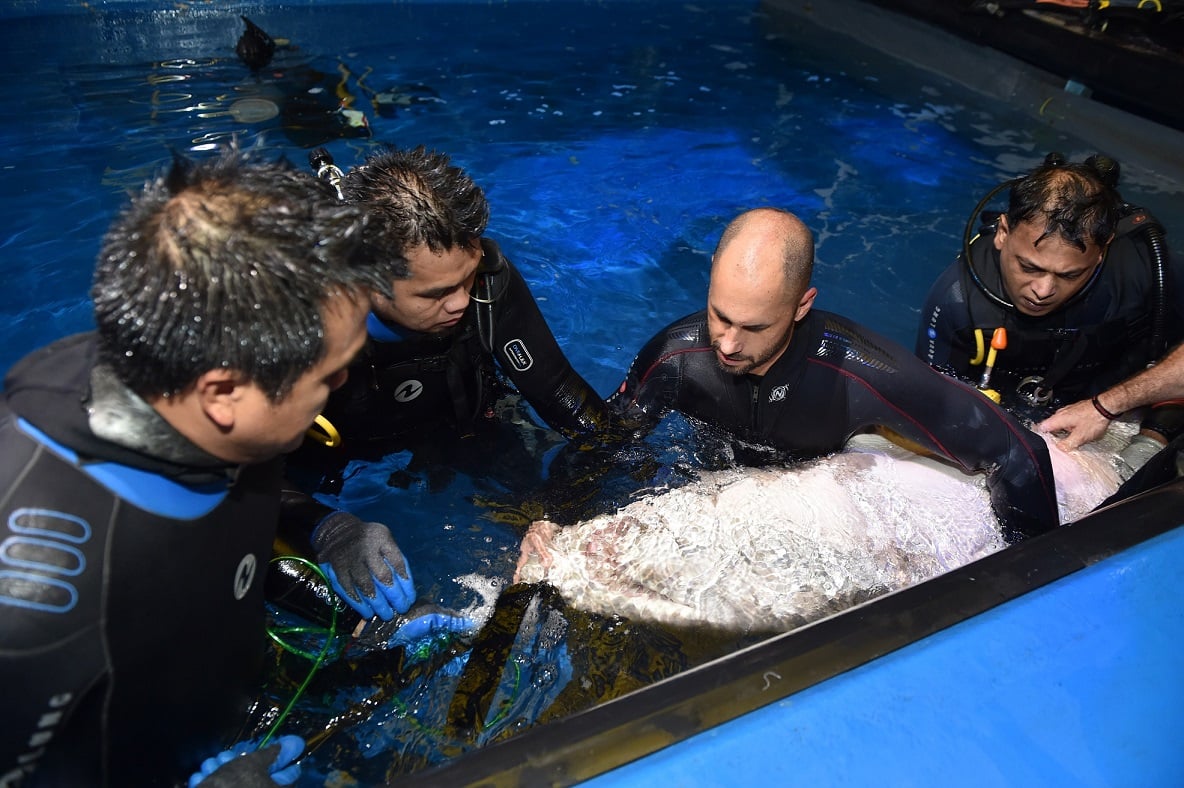 The sea creatures – also known as Grey Nurse Sharks – are listed as ecologically vulnerable on the International Union for Conservation of Nature (IUCN) Red List of Threatened Species.

This is partly due to their slow, two-year, reproductive cycle, and indiscriminate shark finning. Only 1,500 of the sharks are accounted for in their natural habitat on Australia’s Eastern Coast.

At the current rate the species would become extinct in the next three decades, the aquarium said.

The breeding programme is being undertaken in collaboration with Sea Life Melbourne Aquarium and follows successful projects with Pacific White-Sided Dolphins and Bottle Nose Dolphins.

“The launch of this pioneering scientific study in Dubai Aquarium & Underwater Zoo highlights the focus we place on promoting research that will help support endangered species and conserve the environment. A species that is even older than dinosaurs, sharks face innumerable threats across the world. Through a global collaboration, we are putting the spotlight on shark conservation while taking a proactive step to build the population,” said Emaar Retail CEO Maitha Al Dossari.

Under the programme, Dubai Aquarium expects to set scientific protocols in areas including the handling of Sand Tiger Sharks, sperm collection and cryopreservation, ultrasound monitoring and hormone analysis.

A cryopreservation lab has been setup at the aquarium and sperm collection will commence in the coming days. Sperm will then be stored until the female Sand Tiger Sharks are ready for assisted reproduction.

The project is being led by research consultant Dr Jon Daly, who helped deliver the first ever shark in Australia to be born via artificial insemination at the Sea Life Melbourne Aquarium. A full-time research veterinarian will be on staff at Dubai Aquarium to oversee the programme and other conservation initiatives.

The programme will contribute to the world’s first shark gene bank, through the cryopreservation of shark sperm.

Two new educational experiences have been introduced to provide guests with insights into the project. These include a behind-the-scenes tour of operations, glass bottom boat ride and an animated guided tour on a simulator.

The aquarium is also opening an ocean school area for children to learn about the assisted breeding programme.