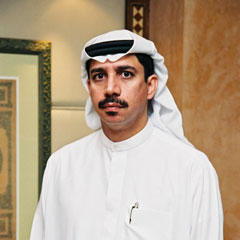 Kazim, whose appointment is effective next Jan. 1, will replace current governor Abdullah Mohammed Saleh as head of the Dubai International Financial Centre (DIFC). Saleh was named to the post in July 2011.

“This step comes in the context of Dubai’s keenness to continue to inject new blood into the veins (of government-linked organisations), to guarantee their continued growth through giving opportunities to distinguished national talents who have proved their efficiency and success in carrying out responsibilities,” WAM quoted an official statement as saying.

The DIFC, opened in 2004 and now the Gulf’s top financial centre, is one of the United Arab Emirates’ “free zones”, offering foreign investors 100 per cent ownership of their ventures and business-friendly regulation.

The DIFC aims to double the number of companies in the zone over five years by serving as a base for business with China, south Asia and Africa, Chief Executive Jeffrey Singer said in February. The number of registered firms operating in the DIFC rose seven per cent last year to 912, while workers at those firms increased 16 per cent to 14,000.

DFM, the only listed bourse operator in the Gulf, is one of the best-performing exchanges globally this year; the benchmark market index has risen 65 per cent year-to-date on the back of an economic recovery in the emirate. DFM shares have risen more than 90 per cent so far this year.

Kazim is also chief executive of Borse Dubai, the holding company for DFM and the emirate’s other stock market, Nasdaq Dubai.