Dubai apartment rents down as much as 8.3% in Q3 - Gulf Business 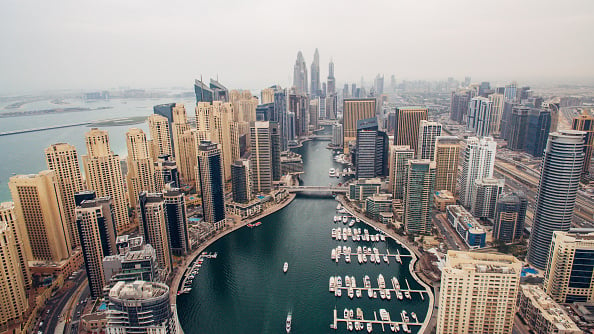 Residential rental rates in Dubai fell as much as 8.3 per cent over the last three months, according to a market report by listings site Bayut.com

The company said advertised apartment rents on average decreased slightly across the city in the third quarter compared to more substantial declines in Q2 and the first half.

Two beds in Deira and International City saw rates decrease the most over Q3 at 8.3 per cent, followed by one-beds in Jumeirah Village Circle at 6.7 per cent and studios in Dubai Sports city at 5.1 per cent.

Apartment sales prices were also generally stable across the quarter compared to Q2, with some areas like Jumeirah Beach Residence even seeing the price for studios increase 15 per cent from Dhs1m to Dhs1.15m ($310,000) and two-beds nearly 5 per cent to Dhs2.2m ($600,000)

Villa rents were largely unchanged but five-beds in Dubailand saw a marginal increase of 2.6 per cent compared to the previous quarter, while four-bed rents in Jumeirah Park rose from Dhs195,000 to dDhs210,000.

In the villa sales market the average price for a three-bed fell 5 per cent in Arabian Ranches to Dhs2.85m but increased around 6 per cent for four-beds in Dubailand.

“With the recent announcement of the new retirement visa along with earlier plans for the 10-year residency visa and 100% foreign company ownership coming into effect by the end of the year, we could see sales picking up in 2019.”

Consultancy Asteco said in its own Q3 report released last week that Dubai villa and apartment rents were down 3 per cent and 2 per cent respectively in the third quarter, while sales prices were down 5 per cent.

It suggested rates were likely to come under further pressure into early 2019.